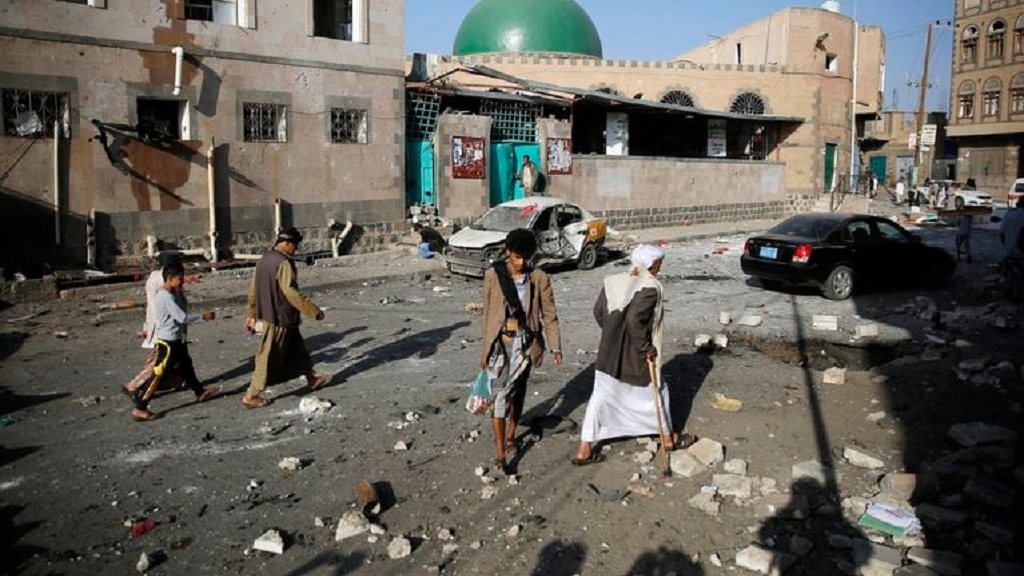 Over 110 Yemeni children were killed between January and October in the key port city of Hodeida and a southwestern province, an international charity said Monday.

Save the Children said in a report that 56 children were killed and 170 wounded as a direct result of fighting in Hodeida, despite a cease-fire there between Yemen's internationally recognized government and the Houthi rebels that was brokered by the UN last December in Sweden.

"The Stockholm Agreement brought a glimmer of hope to civilians in the area, but the fighting is far from over," said Mariam Aldogani, Save the Children's field manager for Hodeida. The city serves as a main passageway for aid and a lifeline for Houthi-controlled areas.

The charity said it was forced to close some of its children's centres in Hodeida for three months this year due to security fears as a result of shelling by the warring parties.

The UN-brokered deal, which also included a prisoner swap, has prevented massive humanitarian suffering in Yemen but has yet to be fully implemented.

"Every day we receive wounded children in Save the Children-supported hospitals needing our care. In 2019, our team has given medical care to more than 500 children who have been caught up in this conflict, some with life-threatening injuries," Aldogani said.

She said that in once instance, Save the Children simultaneously treated six wounded children from two families, some of whom had broken legs and shrapnel wounds across their bodies.

"I cannot forget the youngest girl, just three years old, with burns all over her hands" she said. "We need to stop this war on children," she added.

The conflict in Yemen began with the 2014 takeover of the capital, Sanaa, by Iranian-backed Houthi rebels who control much of the country's north. A Saudi-led coalition allied with the internationally recognized government has been fighting the Houthis since March 2015.

In the relentless campaign, Saudi-led airstrikes have hit schools, hospitals and wedding parties and killed thousands of Yemeni civilians. The Houthis have used drones and missiles to attack Saudi Arabia.

The war has killed over 100,000 people and created the world's worst humanitarian crisis, leaving millions suffering from food and medical shortages.