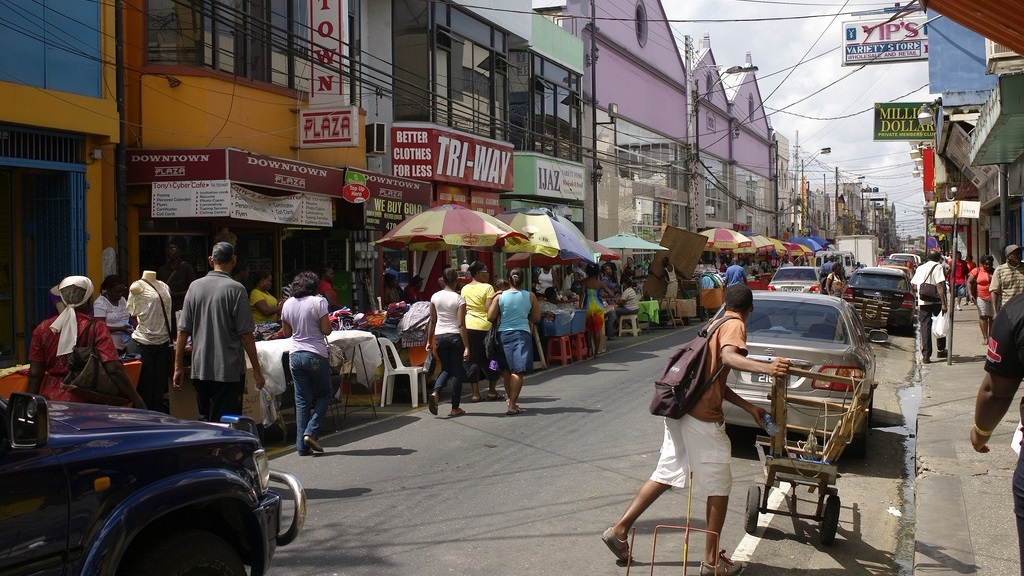 At the meeting, which was held at the Port of Spain City Hall on April 27, Port of Spain Mayor Joel Martinez, Minister of Rural Development and Local Government Kazim Hosein, Port of Spain East MP Marlene McDonald and other public officials all discussed issues plaguing the Charlotte Street vending area, which the Corporation proposes to move to another facility on George Street.

Mayor Joel Martinez said that while he supports the vendors, his goal is to ensure that the capital city remains progressive.

“We represent all groups, we are not above you, we are with you, but change is needed,” Martinez said, acknowledging that although he did not consult with vendors after making the decision, he did consult with them prior to the review.

“The city does not belong to just some of us, we all need to use the city…I would like to see a better Port of Spain, let’s clean up this place, let’s work to develop it,” he said.

East Port of Spain MP Marlene McDonald criticised two supervisors in charge of the Charlotte Street vending programme saying that it seemed as if they had not done their jobs.

“We ought to be proud of our city but when we look at what is happening and the garbage and the build-up and problem and what-not, it presents a problem for me, as someone from East Port of Spain. I heard that two persons were hired by the Corporation to take care of vendors on Charlotte Street. I know there are two supervisors who are supposed to be walking the streets to ensure that things go right. So what happened?”

However one supervisor for the Charlotte Street vendors programme, Julia Davie slammed these accusations saying that she and fellow supervisor Melba Boxill have never received any support from either councillors or the police and many times had to police the street themselves.

“I am hurt to tears because the deputy coordinator, all of you know that we were never given assistance. We policed the street, two women, like police officers.”

“We provide constant communication. I want to ask these councillors, when did you all ever give us a piece of paper? The ink in the computer, it was provided by us. We saved the day for the Corporation. We took all the licks on our backs, we took all the insults,” she said.

She also slammed what she said were insinuations that vendors were to blame for crime.

“You all hearing ‘vendors’, and ‘uneducated’, and you all associating vendors with dunce. But we are not dunce. We understand that the breakdown in this programme was not by mistake, it was by design. They want to talk about two women, when there is a whole Ministry. What about the whole Ministry?”

“The vendors agreed to give the Corporation two weeks, and then when they asked for an extension, they gave them another two weeks. The vendors ought to be commended, they put their livelihoods on pause to assist the Corporation, and this is the thanks we get?” she said.

Vendors added that the plice presence was insufficient and when they reported illegal vending police officers refused to disperse them.

A traffic engineer with the Ministry of Works and Transport (MOWT) said Charlotte Street is not designed to accommodate vending and the street should remain clear as it is a main artery for traffic through the city.

“It’s a major vein for the transportation network and MOWT always had an issue and we raised this issue with the City Council. The Council’s decision to have vending is not supposed to supersede the natural law of the land,” he said.

He added that due to the removal of vendors over the four-week period, for the first time in 10 years the Ministry was able to upgrade street signs.

A fire officer also spoke at the meeting recalling an incident in which a patient died because the ambulance in which the patient was travelling could not pass through Charlotte Street.

Vendor Crystal Daniel said the meeting was not designed to assist vendors but seemed like an ambush where vendors were bullied by public officials.

“This is the blame game now. It has reached to a point where the mayor and his office have already made it so the vendors are looking bad, so they had this meeting today so they can look good. Now they have brought Minister McDonald to the meeting, it’s about the blame game. Everyone has to take responsibility for their actions so they can’t just blame two persons.”

“These two women were tasked with removing illegal vendors from the street….just two women, that is difficult and dangerous. Why can’t police officers work alongside them?”

She added that customers are already complaining of the inconvenience

“Some customer have already said that some of the produce they usually grab and go with, it’s more difficult for them,” she said.

She added that the facility on George Street is nowhere near ready and that if the move were to take place it would take time.

“Meanwhile we are losing our livelihoods. We were willing to give time at cost to ourselves, but our bills are not pausing, we have children to send to school, and we have things to do. I’m not against change but I’m against these sudden decisions without proper consultation, planning and procedures,” Daniel said.

After the meeting Minister Hosein agreed to meet with the vendors individually to listen to their comments and concerns.