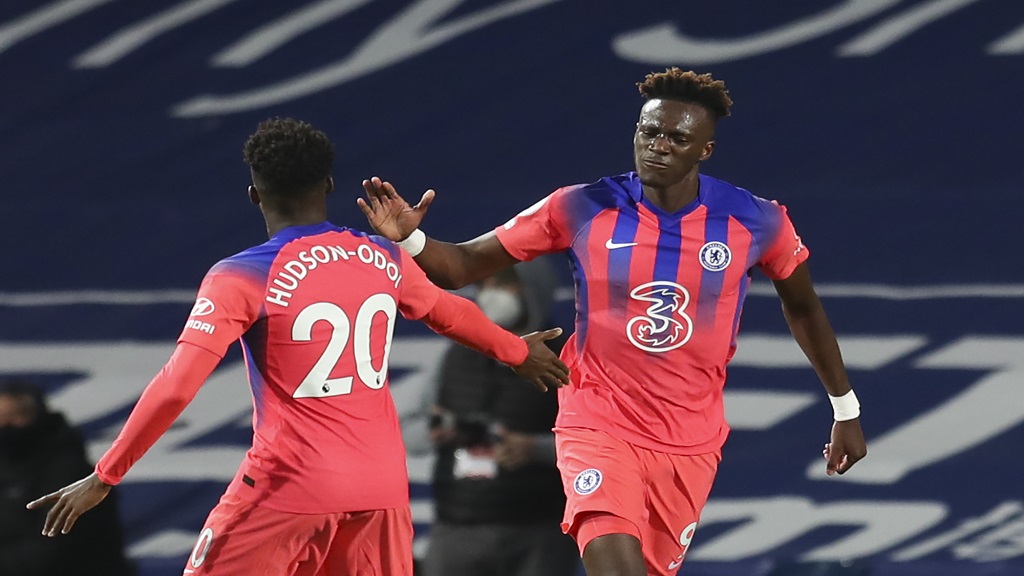 Tammy Abraham scored in the third minute of injury time to complete Chelsea’s comeback from three goals down to draw at West Bromwich Albion 3-3 as Thiago Silva had a tough introduction to the English Premier League on Saturday.

Chelsea fell 3-0 behind after just 27 minutes and it was partly down to Thiago Silva, who failed to control a simple pass to him allowing Callum Robinson to run through and score West Brom’s second goal.

Robinson put the hosts in front after four minutes after another poor piece of defensive work, this time from Marcos Alonso, and Kyle Bartley completed a fast start for West Brom by side-footing in the third when unmarked at a corner.

Chelsea staged a stunning recovery, though, with Mason Mount and substitute Callum Hudson-Odoi scoring in the 55th and 70th minutes, respectively. Still, it looked like West Brom were going to hang on for a first win of the season since their promotion, only for Abraham to tap into an empty net after the ball landed at his feet from a save by Sam Johnstone.

Chelsea have spent nearly $300 million on new signings and the team has yet to gel, with its defending especially weak at The Hawthorns.

Thiago Silva, who made his Chelsea debut in the English League Cup in midweek, was given the armband for the game against West Brom with club captain Azpilicueta starting on the bench. The Brazil center back has been signed to shore up a defense that lacked leadership under Frank Lampard last season but it looked as shaky as ever, with Thiago Silva alongside Andreas Christensen at center back.

Alonso, the left back, was hauled off at halftime by a furious-looking Lampard, whose two changes at the break had the impact he desired.

One of them, Azpilicueta, laid on Mount to smash a swerving shot into the corner from 25 yards (metres) before the other halftime sub, winger Hudson-Odoi, exchanged a one-two with Kai Havertz and stroked a finish low into the net.

Goalkeeper Kepa Arrizabalaga was dropped for the game after his error in the loss to Liverpool, with Willy Caballero starting instead. Chelsea signed Edouard Mendy from Rennes this week but he wasn’t deemed ready to start.