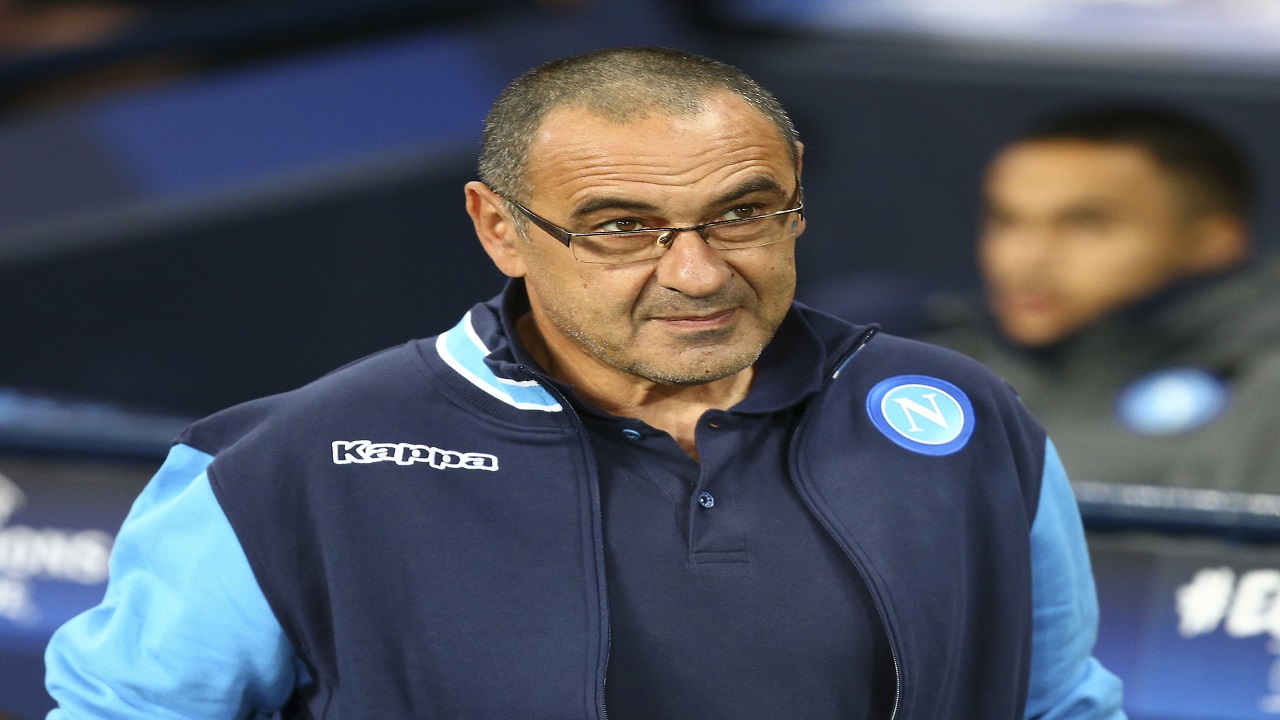 In this Oct. 17, 2017, file photo, Napoli coach Maurizio Sarri arrives prior to the start of the Champions League group F football match against Manchester City at the Etihad Stadium in Manchester, England. Chelsea has hired Maurizio Sarri as their manager on a three-year contract.

Chelsea hired Maurizio Sarri as their manager on a three-year contract on Saturday, bringing in a headstrong coach known for his expansive, attacking approach to football and for revitalizing Napoli in his only stint with a big European club.

The 59-year-old Italian replaced Antonio Conte, who was fired on Friday after two years in charge in which he won the Premier League and FA Cup but failed to gain the power he wanted at Stamford Bridge.

Sarri earned praise from the likes of Manchester City manager Pep Guardiola for the way he turned around the fortunes of Napoli from 2015-18, returning the team to the Champions League and almost snatching the Italian league title from Juventus with his innovative way of thinking and attention to detail.

"Maurizio's Napoli side played some of the most exciting football in Europe, impressing with their attacking approach and dynamism," Chelsea director Marina Granovskaia said, "and his coaching methods significantly improved the players at his disposal."

Sarri's Napoli was a team that attacked relentlessly with free-flowing ball movement and constant running, just like City under Guardiola.

The scored 94 goals in the 2016-17 season in Serie A, the highest return of any top-flight Italian club since the turn of century.

The style of play became widely known as "Sarri-ball."

"I hope we can provide some entertaining football for our fans," Sarri said in a message to Chelsea fans, "and that we will be competing for trophies at the end of the season, which is what this club deserves."

After toiling in relative obscurity in the Italian lower divisions in the early part of his coaching career — he used to work in a bank by day and coach at night — Sarri finally reached the top division in 2014 via promotion with Empoli at the age of 55. Then he joined Napoli, helping the club to two second-place finishes in Serie A and winning Coach of the Year award in 2017.

Tellingly, Chelsea said in its statement presenting Sarri as manager that he "earned praise for his ability to reshape the structure of the (Napoli) squad, nurturing some of the club's younger talents with hugely positive results."

Chelsea have a very successful youth team, but youngsters have found it hard to break into the first team and instead have been sent out on loan.

Sarri smokes, wears retro spectacles, and hunches over to jot down notes on a small pad during matches. He will certainly be a distinctive character in the era of the "super coach" in the Premier League, with his managerial rivals including Guardiola, Jose Mourinho, Juergen Klopp and Mauricio Pochettino.

Sarri has a record of clashing with owners of the clubs he has managed, though, which is not a good sign heading into a tenure under Roman Abramovich — a Russian billionaire who has just hired his 13th permanent manager since buying the club in 2003.

Conte won trophies in each of his two years with Chelsea but missed out on Champions League qualification for this season after a fifth-place league finish, 30 points behind champion Manchester City. Conte regularly grumbled about his failure to exert control, particularly over transfers and was always likely to be fired this offseason.

How much money Sarri will have available for new transfers remains to be seen.

In possibly the most turbulent period of Abramovich's trophy-filled reign, it emerged in May that he had yet to have his British visa renewed amid a crackdown by authorities on associates of Russian President Vladimir Putin.

Hazard waiting for Chelsea signings before deciding on contract