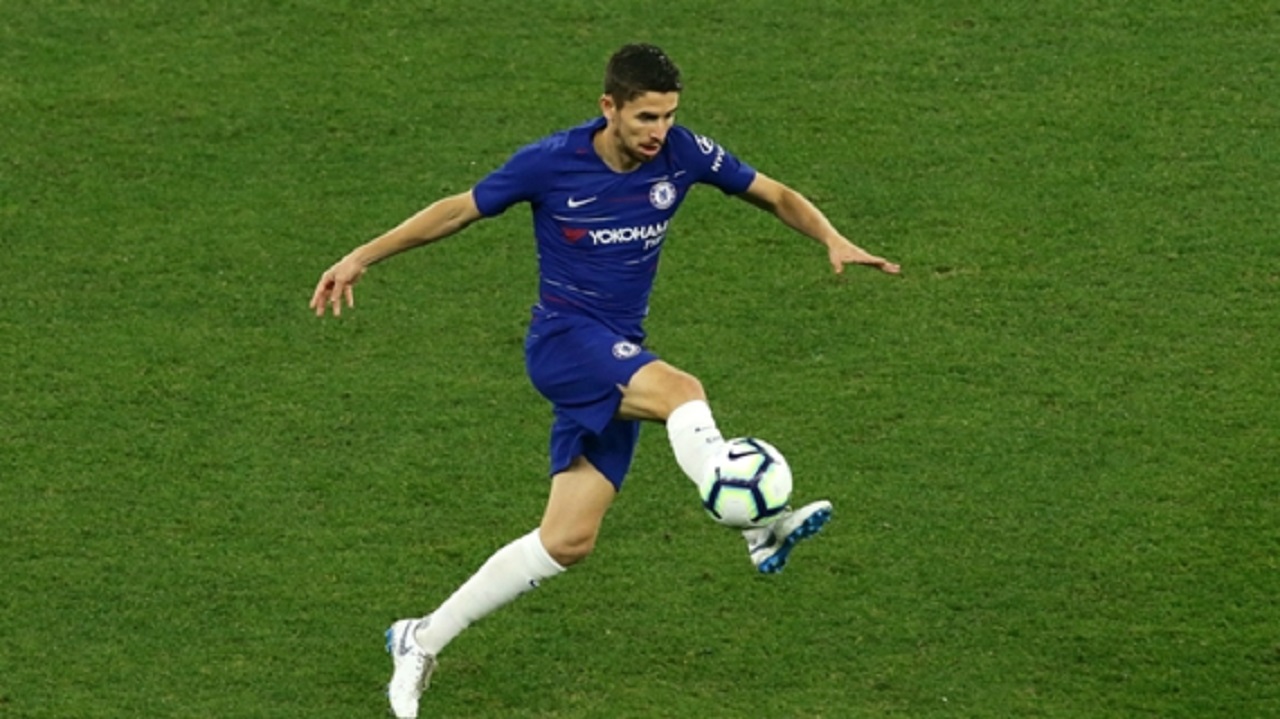 Chelsea needed Jorginho more than Manchester City according to Maurizio Sarri after the clubs' transfer tug-of-war played out in his favour.

He would have provided competition for Fernandinho at the base of City's midfield but Sarri feels the quality Guardiola possesses throughout his squad meant Chelsea's need was greater.

"Jorginho, we need Jorginho more than City, so it's right that Jorginho is here," he told reporters ahead of the Wembley encounter.

"Jorginho is one of the steps to try to reduce the gap. He's only the first."

The distance to City stood at 30 points in the final reckoning last season as Chelsea finished a distant fifth in the Premier League.

In Sarri's mind, the best way to begin bridging the gap is to stick with the ambitious attacking approach that won him countless admirers at Napoli.

"I'd like to defend, if it's possible - sometimes it's not possible - in the other half," said the 59-year-old, whose influence upon Chelsea's style was immediately apparent during their pre-season friendlies.

"I'd like for my players to have the personality where they are able to think in their mind that we are at the same level.

"Maybe at the moment it's not true, but they have to start to think that they can play against everybody in every stadium, against every team."

However, Sarri is well aware of the challenge of facing a Guardiola side, should they hit prime form.

Napoli were riding high in Serie A last season when they lost a pair of pulsating Champions League encounters against City – 2-1 at the Etihad Stadium before going down 4-2 at Stadio San Paolo.

"Apart from the tactical point of view, I think it's very difficult for everybody to play against City," Sarri recalled. "Not only for one player or another.

"I played against City in November last season, in their best moment of the season. And it was very hard, very difficult.

"The first 20 minutes was a nightmare, it was horrible."

Nobody says no to AC Milan, says manager Gennaro Gattuso