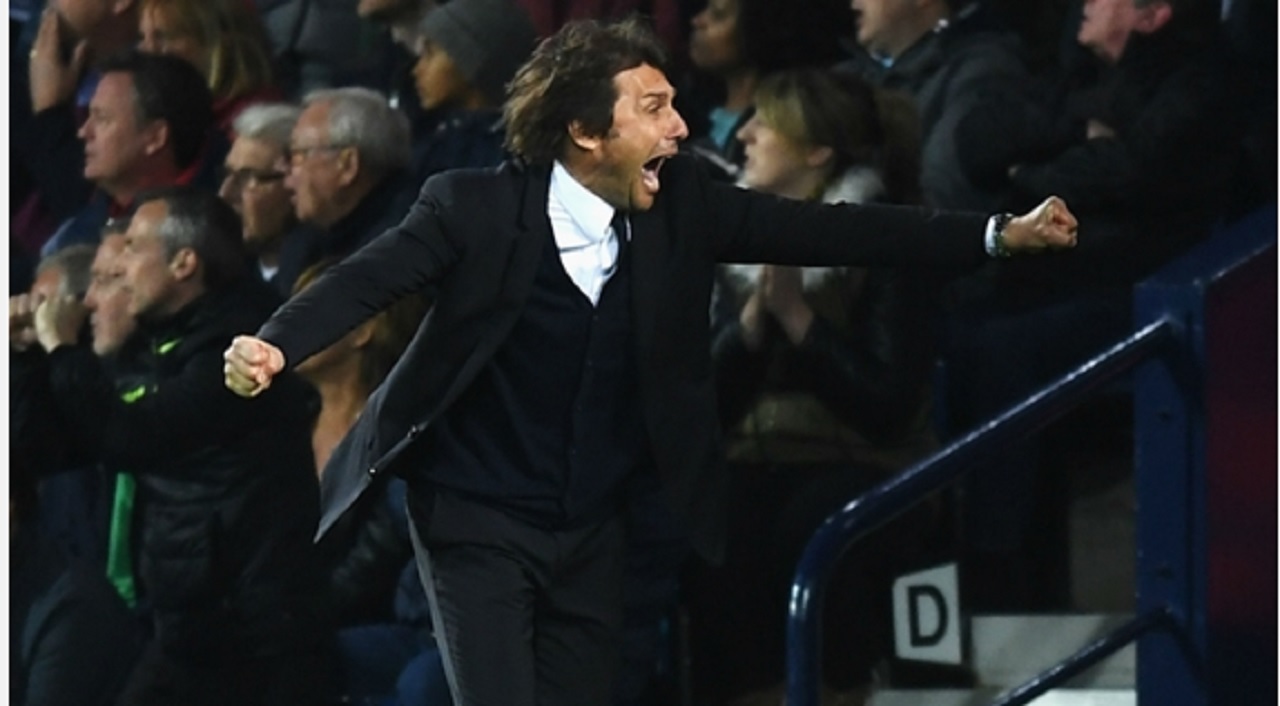 The Italian has masterminded a stunning return to the summit, after last season's defence of the 2014-15 crown saw Jose Mourinho sacked in December, the campaign ending in an embarrassing 10th-placed finish.

They left it late at The Hawthorns, Michy Batshuayi's 82nd-minute strike eventually securing the victory to see the Blues move 10 points clear of Tottenham, who have three matches to play.

Much of Chelsea's success this season can be attributed to Conte's switch to a 3-4-3 system following back-to-back defeats at the hands of Liverpool and Arsenal in September.

That change of formation prompted a 13-match winning run - a single-season Premier League record - which was ended with a 2-0 loss at Spurs in January.

Even with that defeat, Chelsea were still five points clear of the nearest challengers and their position at the top was never under serious threat despite a late charge from Tottenham.

Friday's victory at The Hawthorns marks what Chelsea hope will be the first leg of a double, with the FA Cup final against Arsenal at Wembley still to come on May 27.

My heart is in Italy, says Chelsea boss Conte

Courtois warns Chelsea against Hazard sale: We need him to win Champions League