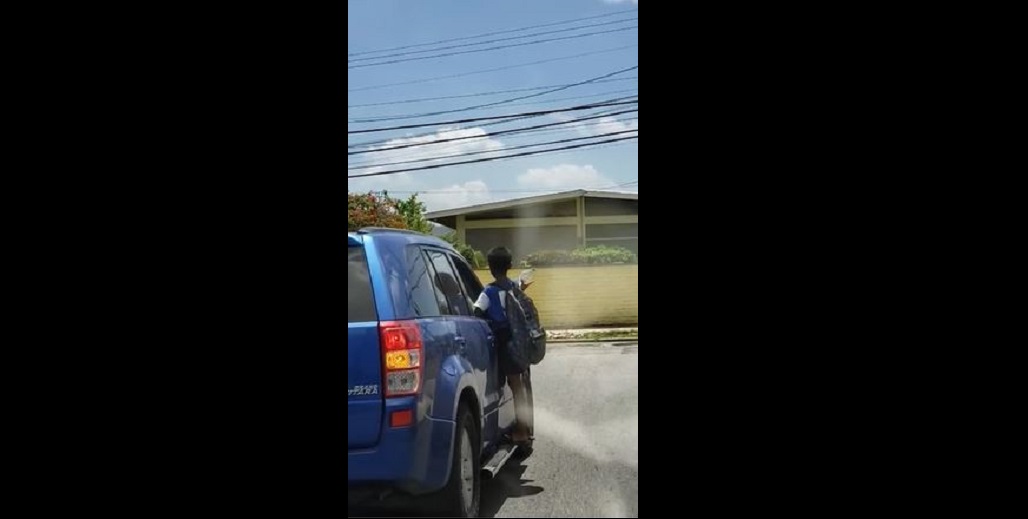 The Children’s Authority is condemning the "reckless and irresponsible" actions of a driver who allowed a child to stand on the side step of a moving vehicle.

This after a video of the entire incident went viral last week.

In a media release on Monday, the Authority noted that the driver could have caused serious harm or death to the child. It added that it has reported the incident to police.

The statement went on to outline that Section 4 of the Children Act, 2012 details that it is a criminal offence to expose a child in a manner likely to cause suffering or injury to health. If found guilty a person is liable to a fine of $5,000 and imprisonment for up to six years, or to a fine of $50,000 and imprisonment for 10 years. As such, the Authority is calling on the TTPS to launch a full and immediate investigation.

Meanwhile, the children’s body praised the member of the public who intervened and chastised the driver, effectively stopping the irresponsible act. It further called on citizens to respond in a similar manner when children are in danger.

The public is reminded that they can make a report to the Authority’s Hotline at 996 or 800-2014 or the police at 999 if they suspect a child is being abused or in danger.