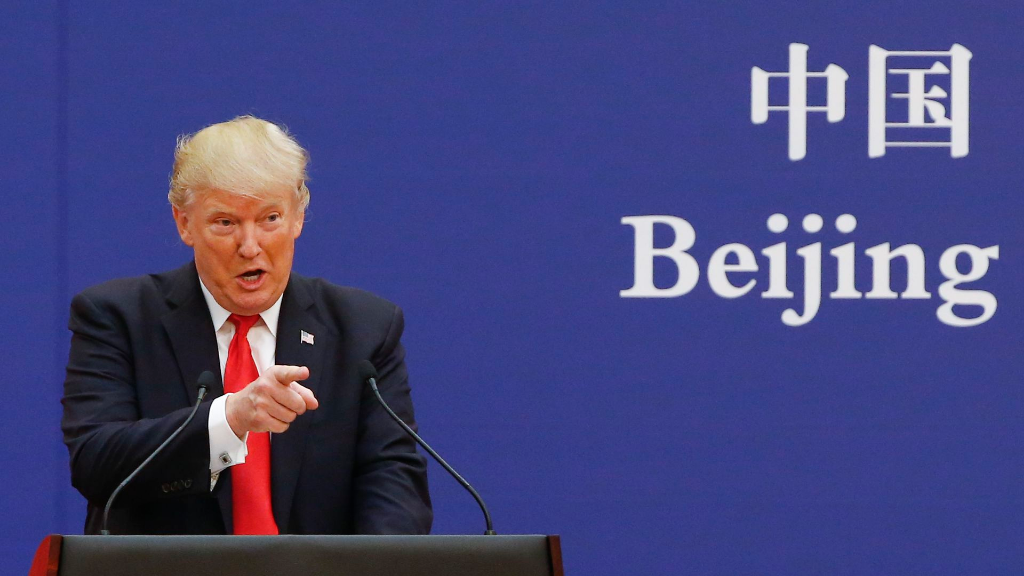 US President Donald Trump while in Beijing, China.

The Chinese government granted 18 trademarks to companies linked to U.S. President Donald Trump and his daughter Ivanka Trump over the last two months, Chinese public records show, raising concerns about conflicts of interest in the White House on the eve of national elections.

In October, China's Trademark Office granted provisional approval for 16 trademarks to Ivanka Trump Marks LLC, bringing to 34 the total number of marks China has greenlighted this year, according to the office's online database. The new approvals cover Ivanka-branded fashion gear including sunglasses, handbags, shoes and jewelry, as well as beauty services and voting machines.

The approvals came three months after Ivanka Trump announced she was dissolving her namesake brand to focus on government work.

The marks will be finalized if there is no objection during a 90-day comment period.

All the trademarks were applied for in 2016.

Both the president and his daughter have substantial intellectual property holdings in China. Critics worry that China, where the courts and bureaucracy are designed to reflect the will of the ruling Communist Party, could exploit those valuable rights for political leverage.

There has also been concern that the Trump family's global intellectual property portfolio lays the groundwork for the president and his daughter, who serves as a White House adviser, to profit from their global brands as soon as they leave office.

"Ivanka receives preliminary approval for these new Chinese trademarks while her father continues to wage a trade war with China. Since she has retained her foreign trademarks, the public will continue to have to ask whether President Trump has made foreign policy decisions in the interest of his and his family's businesses," wrote Citizens for Responsibility and Ethics in Washington, a government watchdog group that first published the news about Ivanka Trump brand's new Chinese trademarks.

Companies register trademarks for a variety of reasons. They can be a sign of corporate ambition, but many companies also file defensively, particularly in China, where trademark squatting is rampant. Trademarks are classified by category and may include items that a brand does not intend to market. Some trademark lawyers also advise clients to register trademarks for merchandise made in China, even if it's not sold there.

China has said it handles all trademark applications equally under the law.

'Everything's at stake' on eve of first Trump-era elections