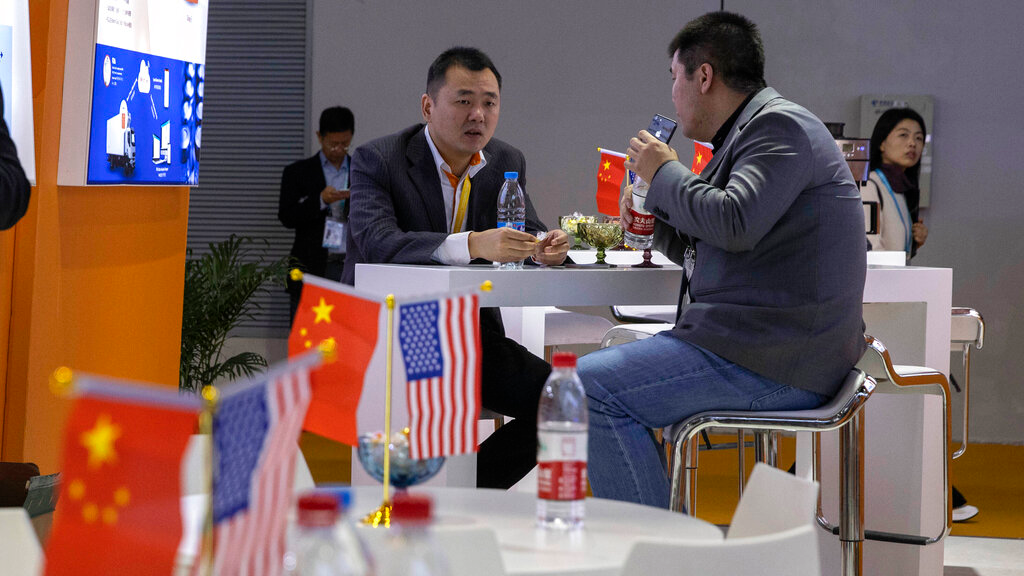 China pressed Washington on Thursday to roll back punitive tariffs in a tentative trade deal.

A tariff cut is an “important condition” for the agreement that is part of talks on ending a costly trade war, said Commerce Ministry spokesman Gao Feng.

Trump postponed a planned tariff hike on $250 billion of Chinese goods after announcing the “Phase 1” agreement October 12. Negotiators have been working on the details of the agreement since then.

“The trade war started with the imposition of tariffs, and it should also end with the abolition of tariffs,” Gao said at a regular news briefing. “This is an important condition for the two sides to reach an agreement.”

Details of the Oct. 12 agreement have not yet been released. But it doesn’t address basic disputes about trade, Chinese industrial subsidies and technology policy.

Economists say a final settlement is unlikely this year. Some have expressed skepticism the two sides can complete the “Phase 1” deal.

Trump said Beijing would buy up to $50 billion worth, but Chinese officials never have confirmed that.

China seeks $2.4 billion in penalties against US at WTO