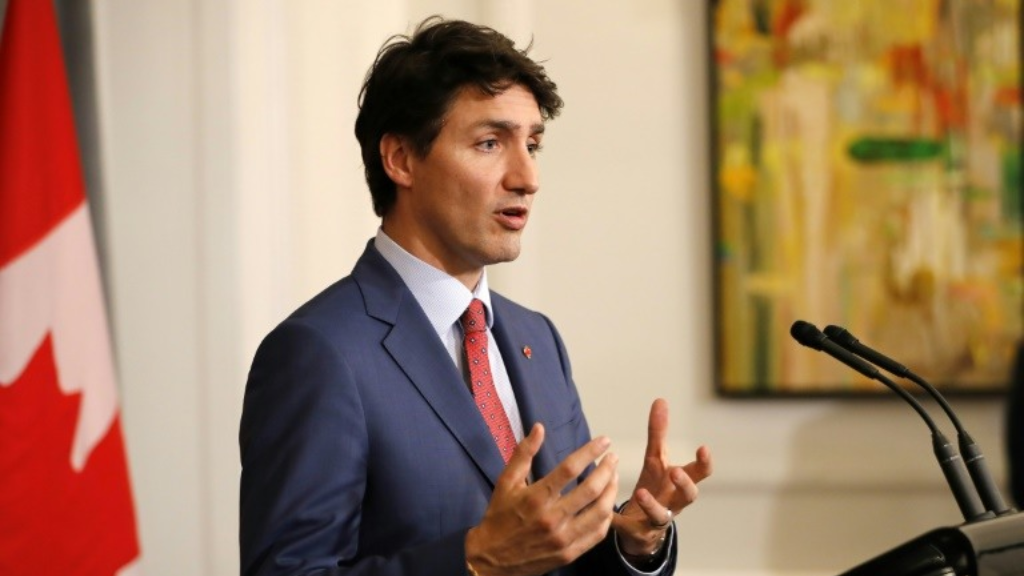 Canada arrested Meng Wanzhou — Chinese telecom giant Huawei's chief financial officer and the daughter of its founder — on Dec. 1 at the request of the U.S, where she is wanted on fraud charges. In apparent retaliation just days later, China detained two Canadians on suspicion of stealing state secrets.

During a livestreamed conversation with Toronto Star reporters Thursday, Trudeau said China was "using arbitrary detention as a tool to achieve political goals."

The detentions are "of concern not just to Canada, but to all our allies, who have been highlighting that this is not acceptable behavior in the international community," Trudeau said.

The arrested Canadians, former diplomat Michael Kovrig and businessman Michael Spavor, have been denied access to lawyers and their family members since Dec. 10.

When asked about Trudeau's statements during a daily briefing, Geng replied, "In order to please the political intentions of the U.S., Canada arbitrarily detained the citizen of a third country who did not violate any Canadian laws."

"China always acted in accordance with the law and does not engage in double standards," Geng said. "With regards to Canada's behavior, the rules it pursues are indeed less consistent with the rules of the international community."

Following Canada's arrest of Meng, China has placed restrictions on various Canadian exports, including canola and meat. In January, China handed a death sentence to a convicted Canadian drug smuggler in a sudden retrial.