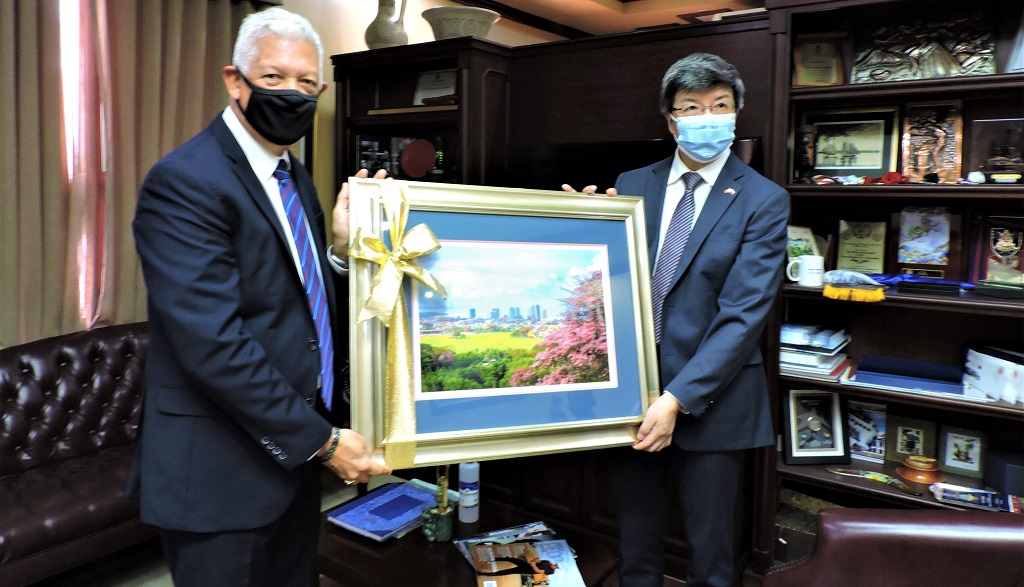 China’s Ambassador to Trinidad and Tobago Song Yumin has paid a courtesy call to the office of the Mayor of Port-of-Spain to bid farewell as he prepares to return to his homeland.

Yumin extended thanks to Mayor Joel Martinez for welcoming him with open arms during his tenure at the Embassy of the People’s Republic of China in the Republic of Trinidad and Tobago.

They exchanged tokens of appreciation, each of which represents the rich culture and landscape of Port-of-Spain and Shanghai. A photograph overlooking the capital which was captured by local photographer Chris Anderson was gifted to China's Ambassador while Martinez received a handcrafted decorative ceramic plate of Shanghai made by the China Liling Zhenmei Art Ceramics Co Ltd.

Mayor Martinez noted that great ideas were born out of the cordial relationship with the Chinese Ambassador to T&T which fused POS and Shanghai together. One such notable project was the gifting of the two Chinatown Arches with the renaming of a part of Charlotte Street.

The Mayor went on to note that Yumin’s departure was a bittersweet one, stating that the Ambassador brought dynamism and alacrity to the Chinese Embassy.

Search on for men who broke into Chinese ambassador’s home