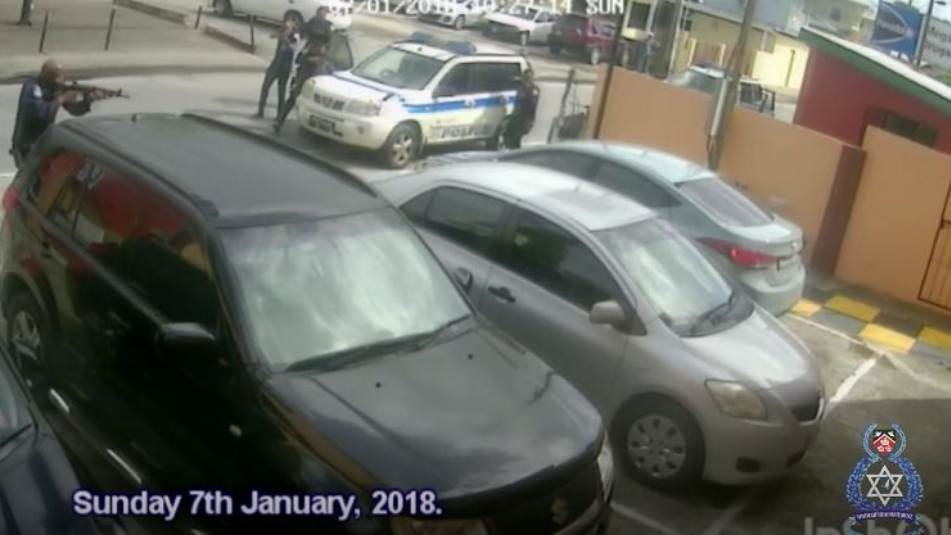 Five suspects in a robbery at a Chinese restaurant in Arouca on Sunday were caught by police just minutes after making their escape.

Four men, one armed with a knife and another with a gun stormed the Yiahao Chinese restaurant along the Eastern Main Road, Arouca and announced a holdup.

The suspects hit the restaurant owner several times before stealing $2200. They entered a waiting vehicle, driven by a fifth suspect.

Officers of the Northern Division Task Force, Area Central, were alerted to the robbery while the suspects were still in the restaurant, and responded and detained the five suspects.

A search of the vehicle resulted in the discovery of a Jennings pistol, along with one round of .22mm ammunition, a knife and the stolen cash.