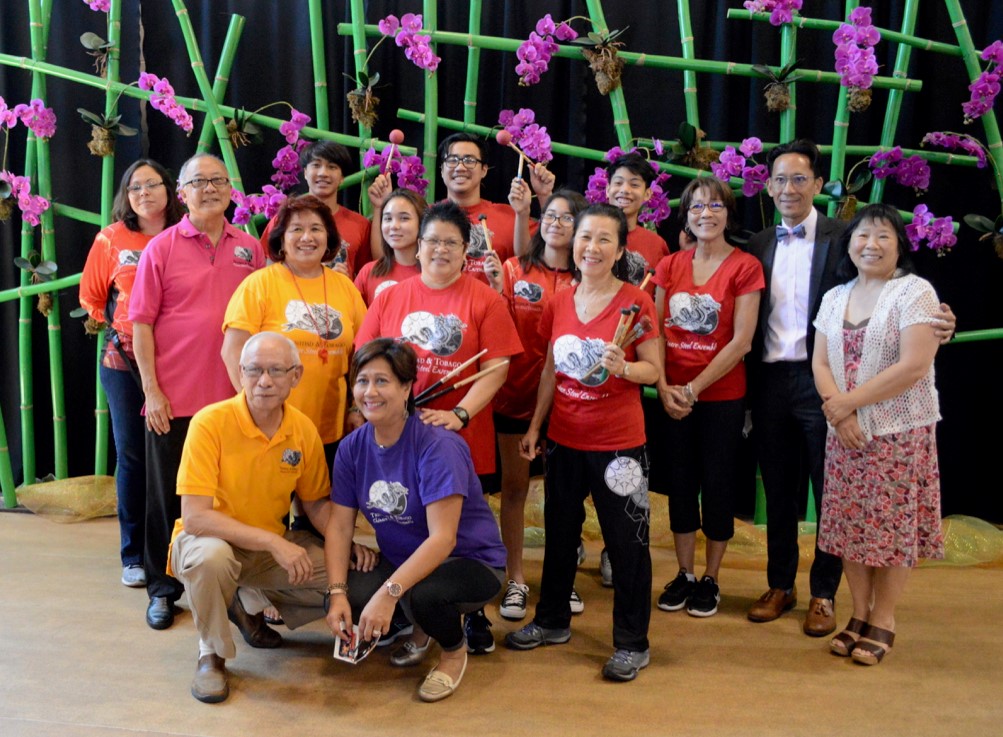 The Trinidad & Tobago Chinese Steel Ensemble (TTCSE) took Toronto by storm during their recently-concluded performances a couple of weeks ago.

This small ethnic group, captained by Susie Young, received rave reviews from all those in attendance, many of whom were well known in the entertainment industry. Many others had the opportunity to rekindle old friendships with friends they hadn’t seen in many years.

The band’s performances included a sold-out banquet and repeat performance at the ever-popular Summit Garden Chinese Restaurant, the annual pre-boarding party at the XPats Carnival Cruise, the Toronto Hakka Festival at the Chinese Cultural Center of Greater Toronto and a Senior Citizens Fair which saw the residents dancing during the band’s performance.

One of the highlights of the band’s tour was a visit to the Afro Pan Steel band pan yard where some of their players joined La Pierre who was preparing the band for the upcoming Toronto’s famous Caribbean Carnival Street Party next month.

In note of thanksgiving for such a successful cultural exchange, a performance was offered to the parish priest, Fr Thomas Hingston and parishioners of St Thomas the Apostle Church in Waterdown.  The band played inside the beautifully designed church built-in 2004 with its stained glass and high ceilings. The acoustics were perfect and on hearing the “Ave Maria”, the audience embraced the rendition by applauding loudly. There was also dancing in the aisles as the parishioners could not resist the melodious soca songs that were played.

The tour gave some of the younger band members the opportunity, not only to perform outside of Trinidad and Tobago but also to allow them to enjoy international cuisine, visits to cultural centres and the experience of travelling and bonding with their peers.

The TTCSE wishes to thank its supporters, especially family and friends in Toronto who came willingly to assist by providing transport, meals and entertainment to the band.

“Their generosity knew no bounds and was sincerely appreciated,” said Ken Chang On, President of the band.

For more information on the band, check the band’s Facebook page (Trinidad and Tobago Chinese Steel Ensemble) and YouTube channel.

Visitors get treated to doubles and steelpan at Airport