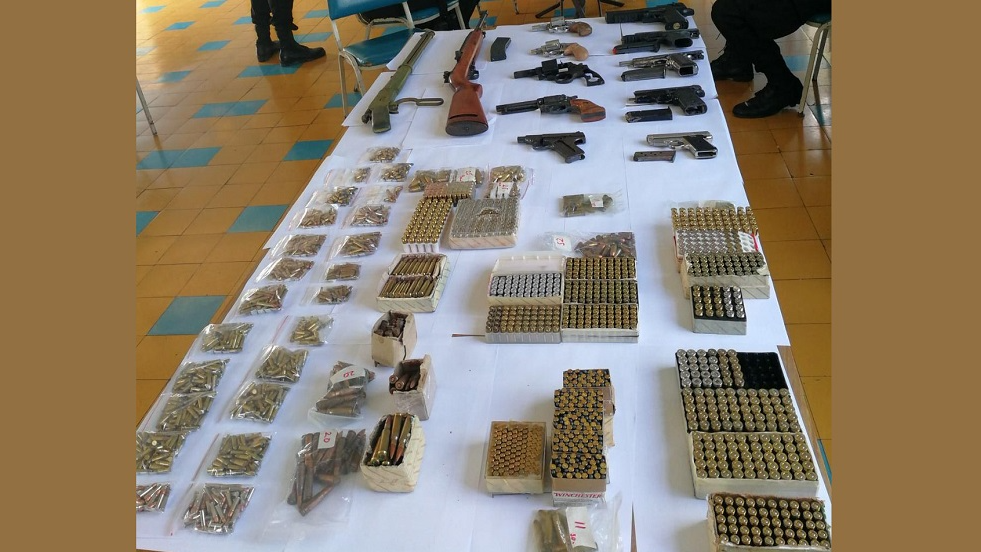 Police officers made a Christmas haul of a massive cache of weapons and ammunition after raiding a Barrackpore house earlier this week.

In a statement issued by the Trinidad and Tobago Police Service (TTPS) Wednesday, police said they seized a total of 12 firearms: six pistols, four revolvers, and two rifles, along with a whopping 2,410 rounds of assorted ammunition, at a Barrackpore house.

Officers of the South Western Division Task Force and Penal CID, under the supervision of Snr. Supt. (Ag.) Neville Adams, led by Sgt. Terrence Victor, carried out the exercise between 5:00 am and 8:30 am on Wednesday December 20, where they went to the house at Jaipaulsingh Road, Barrackpore and executed a search warrant.

A 40-year-old man was also arrested.

Fighting in school is "part of growing up" says Garcia

Pakistan cricketer back in squad after positive test