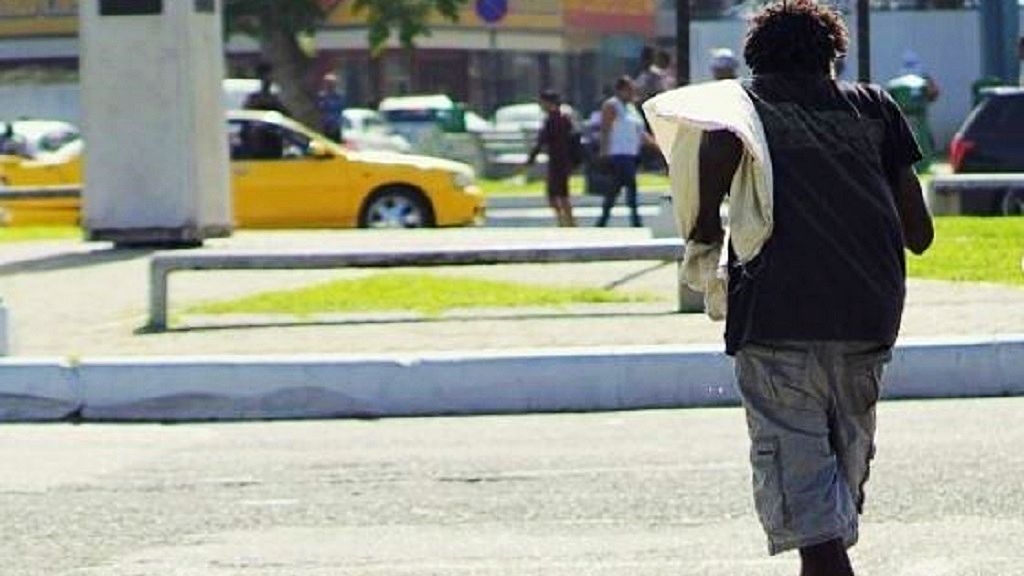 While others will be enjoying Christmas festivities, hundreds of homeless persons in Port of Spain will be spending Christmas on the streets.

These displaced citizens have been residing at the Cen­tre for So­cial­ly-Dis­placed Peo­ple (CS­DP) at River­side Plaza, Port-of-Spain since 1991, however, there have been calls for more humane conditions along with associated social integration programmes.

Port of Spain Mayor Joel Martinez said to LoopTT that his office has done all the necessary preparation for the construction of the Port of Spain homeless shelter, which has been discussed since 2012, and are now awaiting instructions from the Ministry of Social Development and Family Services.

Minister of Social Development and Family Services, Cherrie Crichlow-Cockburn, said that the establishment of a Port of Spain Assessment Centre is a priority and a location has been identified.

Crich-low Cockburn said the Centre would offer temporary shelter, in addition to psychosocial and medical interventions that are needed to initiate the process of rehabilitation and reintegration for street dwellers/homeless persons.

It is expected that this Centre should become operational by September 2019, the Ministry said.

The Ministry added that there are currently several initiatives being implemented to assist persons who are living on the streets or are homeless, to facilitate their rehabilitation and reintegration.

"The Ministry has made significant investment to ensure that provisions are made for the care and well-being of this population. The Ministry provides subventions to two NGOs for the management and operation of shelters - The Centre for Socially Displaced Persons (CSDP) in Port of Spain operated by the Society of St. Vincent De Paul and the CSDP in San Fernando operated by Court Shamrock."

The Ministry said the Port of Spain location has a capacity for 160 people while San Fernando centre accommodates 78 people.

The Ministry added that a subvention is paid to the Society of St. Vincent De Paul for the Nazareth House which provides accommodation and other support services to mentally ill socially displaced persons.

The Ministry said accommodation and care are also provided through three other facilities operated by the Society of St. Vincent De Paul, the Salvation Army and two privately-owned facilities, based on a 'fee-for-service' arrangement.

The Minister said additionally, provisions are made under the Community Care programme to prevent socially-displaced persons discharged from the various hospitals from becoming homeless/street-dwellers.

She said 60 people are currently being accommodated at privately operated geriatric homes across the country.

The said the Ministry also operated two facilities where housing and other support is provided - Hernandez Place in Arima has a capacity of 17 elderly homeless persons, while New Horizons in Piparo has a capacity for 80 persons.

The Ministry warned against 'sentimentality' when discussing the issue of homelessness.

"The Ministry is of the view that, the issue of street-dwelling is undoubtedly a very emotional issue, but it is also very complex and multi-dimensional in nature and it certainly cannot simply be treated as a sentimental issue, because of any particular time of year."

"This issue resonates throughout the year and requires the consistent efforts of many agencies and organisations.  Solving this necessitates a multi-sectoral approach, inclusive of the private sector and the civil society sector, in meaningfully addressing this issue.  In this regard, there is a Cabinet-appointed Committee, which has been working since August of this year to coordinate and monitor the implementation of the recommendations of the Street Dwellers Working Committee Report."

"The implementation of the aforementioned will not only result in increased accommodation for the homeless but more significantly provide a continuum of Care that would ensure a seamless engagement and assistance that will see a significant impact on the reduction of the street-dwelling population," the Ministry said.

The Ministry said it remains committed to addressing the issue of homelessness.

In 2016, homeless man Hugh Bernard launched legal action against the State for the right to access Tamarind Square, which was locked for some time a bid to keep them residing there.

However, the court ruled that the Port of Spain City Corporation had no obligation to provide accommodation for socially displaced people.

Watch: Kind cops give meals to the homeless