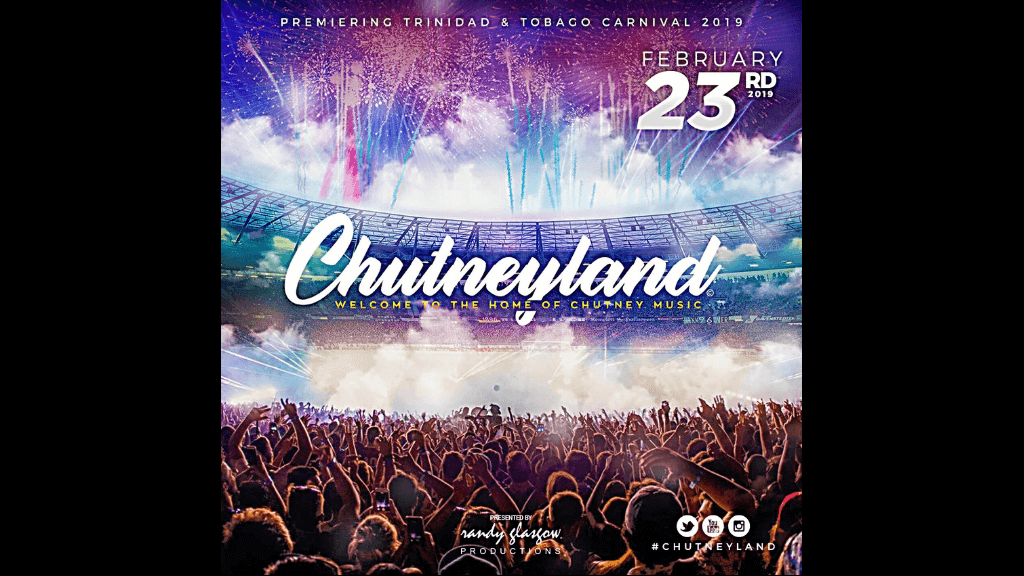 Chutney Brass is no more.

The event, which has attracted crowds of thousands in its 16 years of existence, will be replaced by Chutneyland for 2019 Carnival.

The announcement came by way of a media release on Sunday.

Promoter Randy Glasgow Productions (RGP) said the time has come for the Chutney Brass Festival to be laid to rest and introduce for Carnival 2019 a new and much more dynamic event titled, Chutneyland.

Chutneyland takes place on February 23 at the Brian Lara Cricket Stadium, Tarouba and promises to be a mega event with the car park’s accommodation alone of over 7,000 vehicles.

RGP said the new event will be much more than event featuring artistes and bands on stage merely performing songs.

The new concept event will be a full blown T&T / Bollywood-styled production staged in a city-like space created by RGP.

Patrons will enjoy the best the island has to offer in sight (aesthetics and design of venue), taste (local and international cuisine), sound (music by the nation’s top artistes and musicians, special invited guests from different genres) and much more.

Performances will be enhanced by troupes of dancers, cutting edge lighting and effects, and the highest quality sound systems.

Her International hit song, Bum Diggy which she collaborated with top British producer/performer Zack Knight, has attracted over 500 million views and likes on YouTube and other social media platforms.

More details on Chutneyland 2019 will be available in the coming weeks.