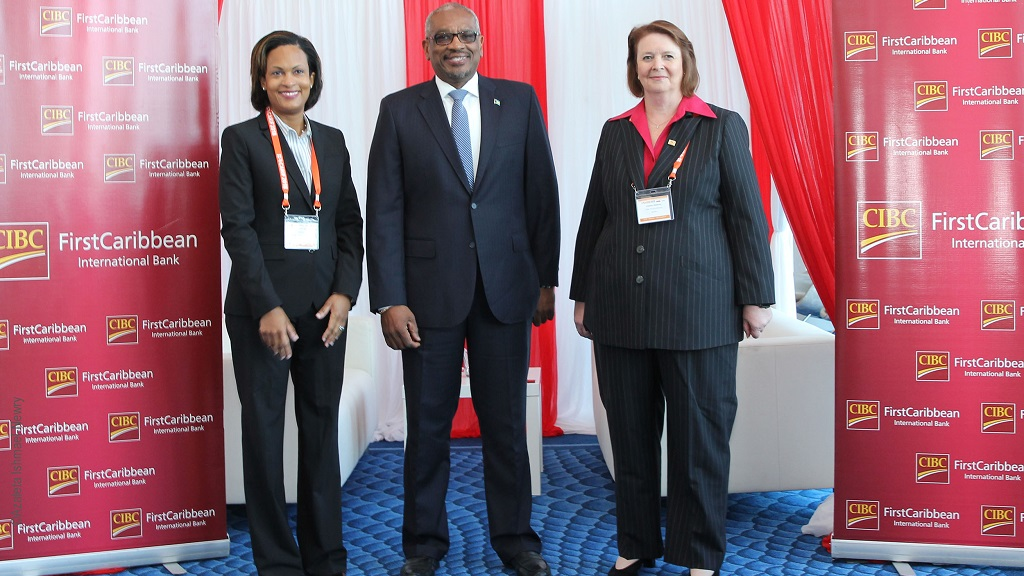 Regional bank, CIBC First Caribbean has provided over USD$1.8 billion in funding for infrastructure projects over the past three years.

Of that amount USD$500 million have gone to support energy utility companies in the Bahamas, Aruba, Curacao and Jamaica said the bank’s Chief Executive Officer Colette Delaney as she delivered remarks at the opening of CARIF 2018 – 3rd Caribbean Infrastructure Forum at the Baha Mar Resort, Nassau.

“We believe that as a leading regional bank, we have an important role to play in this sector. Each of the projects we funded was created in response to some specific opportunity or need that existed somewhere in our region,” Delaney said.

The decision to co-sponsor the conference along with KPMG underlines CIBC FirstCaribbean’s ongoing commitment to the region. Delaney said the two-day Agenda zeroed in on some of the pivotal challenges and opportunities confronting the region in terms of infrastructure planning and development.

“These include climate change with its consequent rise in sea level and all that this portends for a region whose key earner is white sandy beaches; stronger storms in areas where building codes are weak or non-existent; rising landfills and shrinking land space as islands struggle to cope with solid waste disposal. These are some of the real challenges facing this region, which the right partnerships can turn into opportunities.

“Last year’s devastating hurricanes taught us some critically important lessons – chief among them was the very vulnerable nature of key infrastructure in the Caribbean. We all saw how storms can paralyse entire island-nations many of which have one or two major highways, a single air and seaport, a single power plant and key government and private sector buildings clustered in one location," she said.

Ms. Delaney said that if the region is to continue to grow and maximise its fullest potential then “regional bankers and builders, politicians and policy-makers must ensure that future projects – roads, bridges, ports, office buildings and hotels - are not only constructed to withstand the super storms of the future but are also situated in locations that give due consideration to storm surges, overflowing rivers and landslides”.

“In addition, we must also ensure that insurance coverage to mitigate these risks is adequately implemented, regulated and maintained.”

She added that even though this region is blessed with an almost infinite supply of sun, wind, water and thermal energy, with some exceptions, they remain largely untapped resources throughout the region. Creative private public partnerships for the development and diversification of the energy sector, is need to bring about a more balanced use of green energy along with that derived from traditional fossil fuels.

“It is clear,” she said, “that both public and private investment in physical capital is crucial to driving Caribbean economic development and consequently the creation of wealth for its citizens.

“As an example, a quick look at a sample of 128 developed and developing countries suggests that the quality of a country’s seaport infrastructure and shipping logistics, coupled with widespread access to both telecommunications and electricity are all highly correlated with a country’s GDP per capita and thus, its overall level of development.

“Conversely, a lack of investment in critical infrastructure and essential services in a well planned and executed manner can cripple a country’s economic growth and stifle business development opportunities and foreign direct investment.”

Dr. The Most Honourable Hubert A. Minnis, Prime Minister of The Bahamas opened the conference at Baha Mar noting the timely nature and importance of the infrastructure and financing discussions for the entire region over the next two-days. He thanked CIBC FirstCaribbean and other sponsors for hosting the important event.