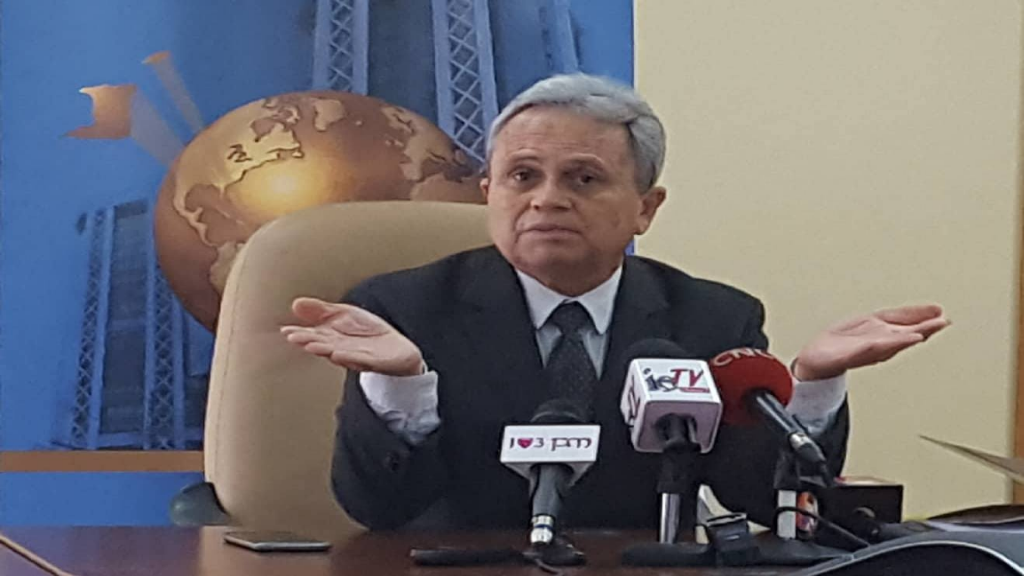 Finance Minister Colm Imbert speaks at a media conference on October 2, 2018 at the Ministry of Finance. Photo: Darlisa Ghouralal.

Citizens can rest assured that there will be no increase in the National Insurance contribution rates in the immediate or near future, despite calls from actuaries for the annual rates to be increased to ensure that funds for benefit payouts don’t run dry.

The National Insurance Board (NIB) has been seeking an increase in the retirement age from 60 to 65 as well as a contribution rate increase given that benefit payouts have surpassed contributions in the past five years.

However, speaking at a media conference a day after the cost of super gasoline was increased by $1 in the 2019 budget, Finance Minister Colm Imbert suggested that increasing the NIB contribution rate would be a further burden on taxpayers – and one they would not be able to shoulder at this time.

The Minister acknowledged that the situation would require attention, but said there was no decision to increase the rates at this time as there is no dire need for intervention.

“The fact is that you can’t do everything at once. Yes, the actuaries have said that if we don’t look at the national insurance situation, the fund will expire 35 years from now, so we have 35 years to fashion a solution to that problem.”

“We are not going ahead with the increase in contributions at this time. The NIB will survive. It has over $20 billion in its fund, it has enough money there for the next 30 years.

We as a country, and the Minister of Finance over the next 30 years will solve that problem. But right now, we have no intention of punishing taxpayers any further in terms of increasing contributions.”

Speaking in the context of the just-delivered 2019 budget, Imbert said he did not want to impose all of these burdens on citizens, adding that it was not Government’s or the Finance Minister’s intention to spend each year “just punishing people”.

The Minister indicated, however, that certain measures would become necessary given the current state of the economy as Government looks toward further incentives to grow the economy.

One of the things citizens can expect is that Government will dip into the Heritage and Stabilisation Fund in 2019, as a means of facilitating development.

Speaking at an earlier engagement Imbert indicated that Government will have to borrow money to finance projects, noting that the country will continue to run deficit budgets for some time.

He assured, however, that T&T will "avoid the IMF trap".