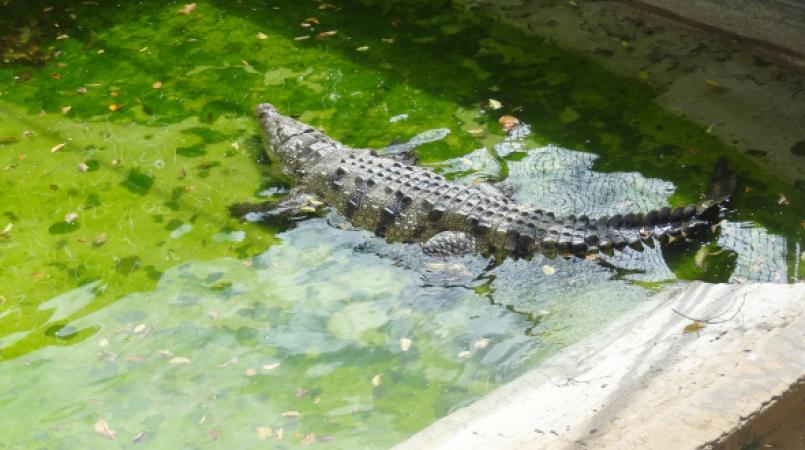 In a statement released Wednesday, the the Emperor Valley Zoo said it is mourning the passing of one of its longest kept residents, the American Crocodile affectionately called “Crocky”.

Crocky passed away on Sunday, February 26, 2017 and was discovered reposing peacefully in his enclosure at approximately 4:00 pm, the zoo said.

"Crocky came to the Emperor Valley Zoo in the early 1970s and at that time would have been over ten years old, placing him at a mature age of fifty-five years plus."

The Zoo said although he began exhibiting a slowing down of activities two weeks ago from age-related causes, a full necropsy report is being commissioned to determine the exact cause of death.

Citizens shared sorrow at the passing away one of the park's most familiar inhabitants.

"You have been there everytime I visited since my child hood u will be missed rip (sic)."

"Oh no I liked him ..he followed me around every time I visited."

"“Emperor Valley Zoo Crocodile finally dies R.I.P old buddy ..all the time i visited i thought u were dead (sic)."