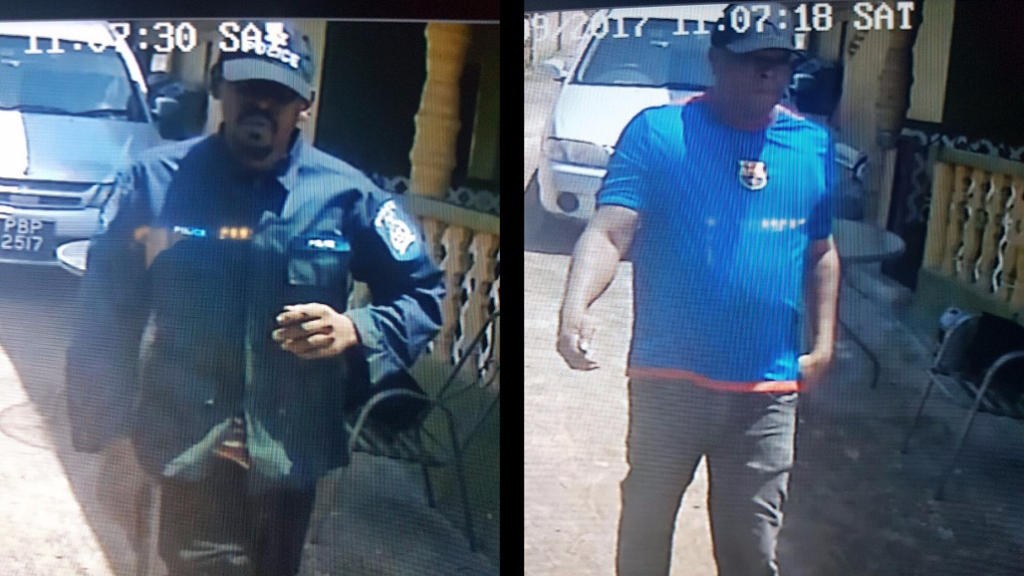 The Trinidad and Tobago Police Service (TTPS) is asking citizens to send any information on two men in fake police uniforms who allegedly kidnapped a bar owner on Saturday.

The men are armed and dangerous.

According to police reports, four men allegedly kidnapped a bar owner from Blitz Village, Pleasantville, around 11:00 am on Saturday.

Police said the kidnappers demanded a $100,000 ransom and were dressed in clothing resembling police uniforms.

No ransom was paid.

Thankfully, the victim was released along the Churchill Roosevelt Highway near the University of the West Indies (UWI) around 8:00 pm on Saturday night.