'Clarkie', 'Psycho', 'Scottie' in court for murder of PC Babwah 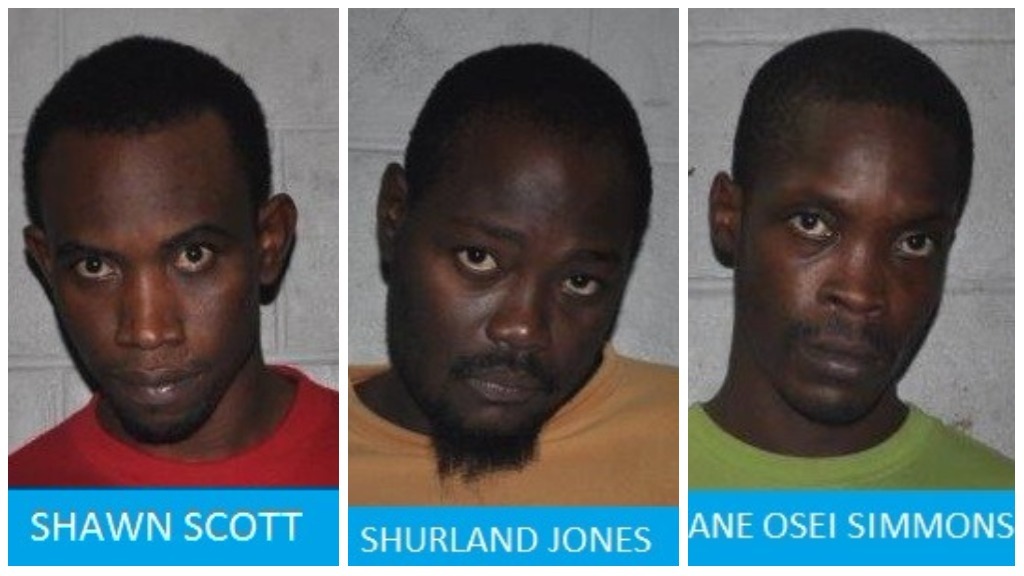 Three men appeared before an Arima Magistrate on Wednesday, charged with the murder of No. 8284 PC Richard Babwah, who was killed in an attempted robbery at a Chinese restaurant in Arouca last Monday.

According to a statement from the Trinidad and Tobago Police Service, Keane Osei Simmons, aka “Clarkie”, 32, a labourer; Shurland Jones, aka “Psycho”, also 32, and Shawn Scott, aka “Scottie”, 31, a taxi driver, all of Maloney Gardens, D’Abadie, were also charged with robbery with aggravation against the proprietor of the restaurant.

Jones and Simmons also faced joint charges related to possession of firearm, ammunition and robbery with violence against PC Babwah, when they appeared before Magistrate Debby Ann Bassaw, in the Arima 1st Magistrates’ Court, on Wednesday, December 20, 2017.

Babwah, a 40-year-old father of two, of Lopinot Road, Arouca, was at the restaurant on Monday evening when three men entered - one armed with a gun - and announced a robbery.

Babwah heroically tried to stop the robbery, drawing his service pistol, and there was an exchange of gunfire, during which one of the suspects was struck in the lower abdomen.

However, PC Babwah also sustained several gunshot wounds and died at the scene.

The assailants then made their escape in a red Nissan Almera, which was being driven by a fourth suspect.

The injured suspect was held at the Arima District Health Facility a short time after the incident while the driver of the getaway vehicle was arrested in Maloney later that day.

The third suspect was arrested at Plum Road, Manzanilla, on Tuesday, December 12, while the fourth suspect remains at large.

The accused were charged by Inspector Shaun Craig of the Homicide Bureau of Investigations, Region 2, on Wednesday, following advice received from acting Director of Public Prosecutions, Joan Honore-Paul, on Tuesday, December 19.