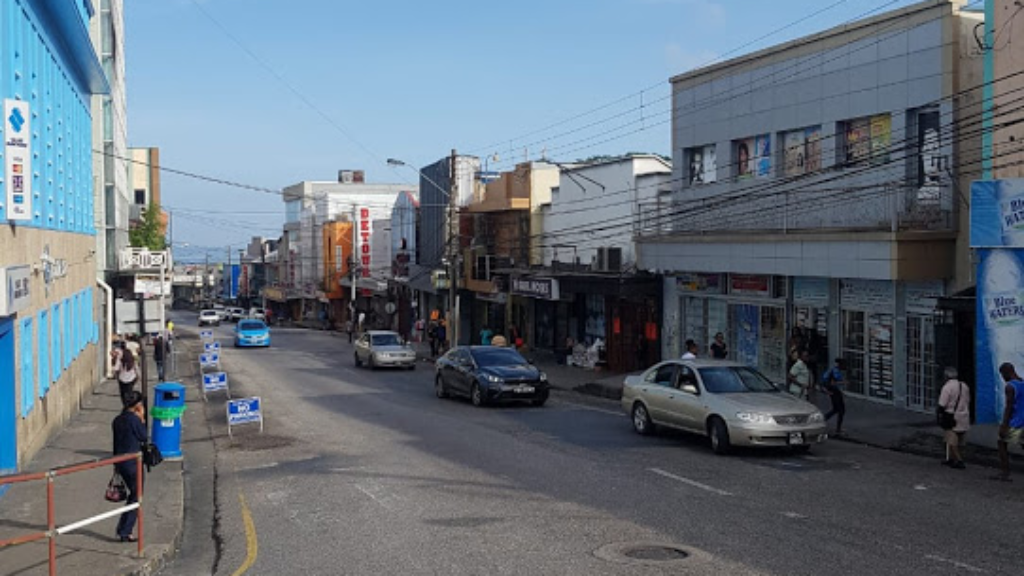 Pictured: High Street, San Fernando is practically empty at 8 am following the relocation of taxi stands to King's Wharf. Photo via The San Fernando Mayor's Office.

The San Fernando City Corporation has announced changes in the flow of traffic along the Pointe-a-Pierre Road, San Fernando, which are expected to take effect from Tuesday.

In a notice issued on Monday, signed by the San Fernando City Corporation's Chief Executive Officer, the public was advised of the changes to take effect on Tuesday:

Traffic heading south along Pointe-a-Pierre Road will now have to enter the inner city via Short, Mon Chagrin or Penitence Streets from 6 am to 6 pm on weekdays.

Pointe-a-Pierre Road between Short Street and Library Corner will be converted to a one-way, heading in a southerly direction.

Additional traffic changes to the city of San Fernando are expected to take effect on Tuesday.

The latest adjustment will see a section of Pointe-a-Pierre Road being made into a one-way.

From October 1, vehicles proceeding along Pointe-a Pierre-Road in the direction of High Street will be prohibited from continuing further than Short Street.

Further to this adjustment, Regrello said delivery trucks will now be prohibited from entering Short Street.

Speaking with Loop News, President of the Greater San Fernando Chamber of Commerce Kiran Singh said business owners have welcomed the changes with some measure of skepticism, as they wait to see how all the traffic adjustments will affect business activity in the city area.

Singh noted that the temporary relocation of several taxi stands has assisted in easing the traffic gridlock along main thoroughfare High Street, which has been the main complaint of shoppers over the years.

“What we have been plagued with for years is that shoppers complain about the traffic gridlock caused by taxis and other vehicles along both sides of High Street, leaving only one lane to exit … we’ll be looking to see how this (new change) affects business,” he said.

He said with the added freedom of entry and exit for shoppers, this could see an increase in business activity along High Street especially.

However, he said there is more research to be done and discussions to be held with other businesses to determine the impact of the traffic changes on their operations.

“We are looking at it (Pointe-a-Pierre traffic change) … we had discussions with the Mayor on them, but we wanted to give it some time to see how it works with the other traffic changes.”

“After discussions with Mayor, got more info. We will see how it pans out over the next few days.
We’re hoping for positive results,” Singh said.

Meanwhile, Principal of Naparima Girls’ High School Carolyn Bally-Gosine said she has concerns about the traffic change as the school is yet to receive clarification about the proposed flow of traffic.

She foresees uncertainties among parents, the student population and stakeholders as she said they have not received any diagram or notification of where vehicles would permitted to enter and exit, and whether the one-way traffic flow would be applicable to entry and exit of the school.

“Maxi drivers need to know where they would be able to access the compound, whether from the La Pique entrance or the La Retraite side… but I could not advise them, so we need to get this cleared up.”

Bally-Gosine said she expects this uncertainty to be cleared up when the Mayor meets with school officials on Wednesday.

The relocation of major taxi stands from the Upper High Street/Harris Promenade area to King’s Wharf ahead of the opening of the new school term have already seen marked reductions in traffic congestion experienced within the city area during peak hours.

Many of the changes implemented are temporary and subject to review by the City Corporation to determine whether they should be made permanent.

Editor's note: The article was updated following the subsequent release of the notice detailing the traffic changes to take effect on October 1.

12 traffic offences that can cause you to lose your licence