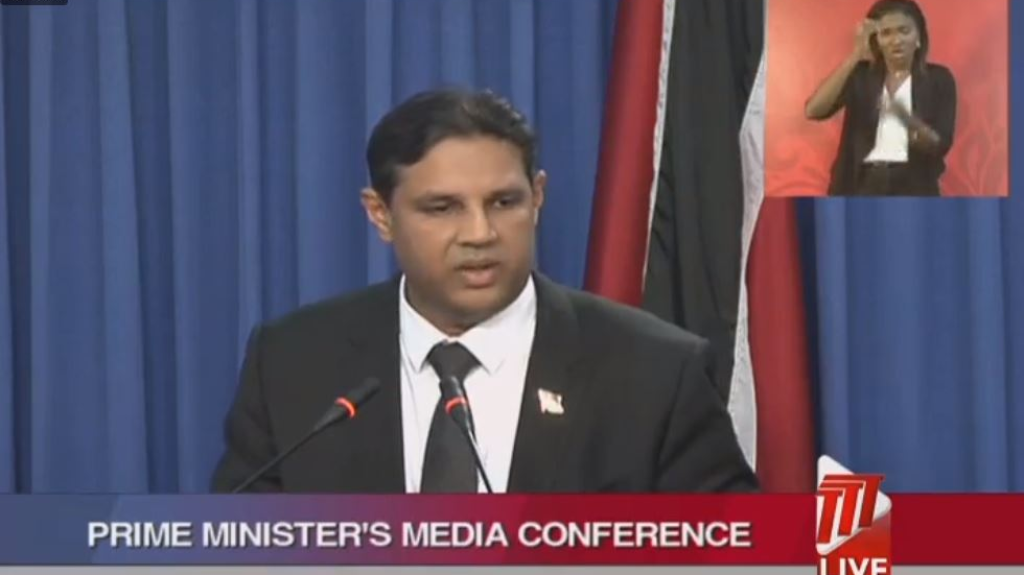 Chief Medical Officer Dr Roshan Parasram said based on current data, there is a 'hidden' case or cases with COVID-19 moving through the population and possibly spreading the virus, which is cause for concern.

Speaking at a media briefing on Friday, he said the methods of finding these cases are limited:

‘There are unknowns which gives us concern…what we don’t know are the hidden contacts that would have infected some people.’

‘One of them we have been able to link to another case prior, which is good news…when we find cases that are unlinked...those are the ones that make us feel uncomfortable. It means that there are cases or a case outside of what we know, that is moving around and can spread this disease to other people. The only way we can find that is if we can trace them…or if they present to one of our health facilities.’

He said in recent weeks there has been an increase in people visiting health facilities and said they would continue to test as needed.

Dr Parasram said Trinidad and Tobago has moved from sporadic spread to clusters of cases linked to each other by geography and time.

Epidemiologist at the Ministry of Health, Dr Avery Hinds, also pinpointed a bar as a hub which led to a spread of the virus after three people who tested positive visited the bar, leading to another cluster of infections.

Government has also reduced gatherings from 25 to 10 people in an effort to halt the spread of the virus.

The public is being urged to enforce sanitisation measures, wearing of face masks and to maintain at least six feet of distance from others to prevent the spread of the virus.

Official: US will extend support for Venezuela's Guaidó