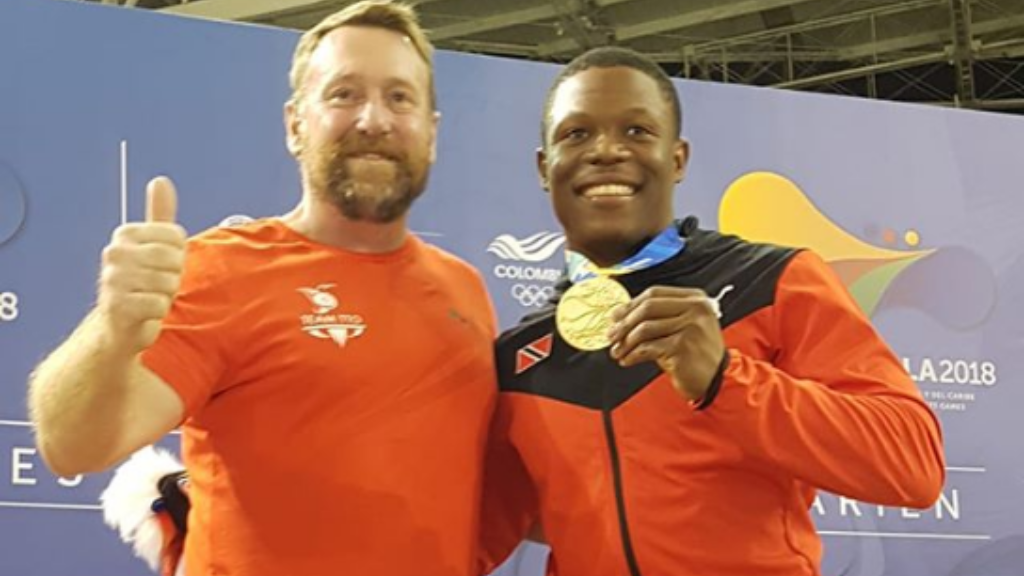 Trinidad and Tobago's male cyclists returned home on Saturday to an enthusiastic welcome after contributing to the country's largest cycling medal haul at the 2018 Central American and Caribbean (CAC) Games in Colombia.

Camacho praised the athletes for their performance at the CAC Games and commended the Federation for its vision and foresight in recruiting Erin Hartwell to be the Technical Director for Cycling.

Camacho said his impact on the athletes was tremendous and brought results.

Hartwell is employed with SporTT as a national coach and manager of the hemisphere's premiere track cycling venue in Couva.

According to Olympian Njisane Phillip, who won CAC gold in the Team Sprint, working with Hartwell over the past year has been instrumental to the team's success.

"Having Erin here to work with us has been amazing...his knowledge and professionalism really improved our performances and has made us produce world-class times. Also having access to the Velodrome to do our training is a blessing to Trinidad and Tobago cycling on the whole and has made us much more focused on our goal of getting better and better with each competition."

Speaking from Colombia, the US-born coach said it was an honour to work with this team, adding that they "raced for the collective pride and honour of the country".

While the athletes credited Hartwell for their achievements, he in turn saluted their "hyper-focused approach to high-performance and the pursuit of accomplishment at these games. Everyone came to perform and maximise their individual and collective results! It was truly a collective world-class performance!"

As preparations were being made for the men's arrival in Port of Spain, Hartwell was on the course cheering on standout performer at her first CAC Games, Teneil Campbell, to her fourth medal at the Games and first gold for a woman cyclist at CAC in the Road Race.