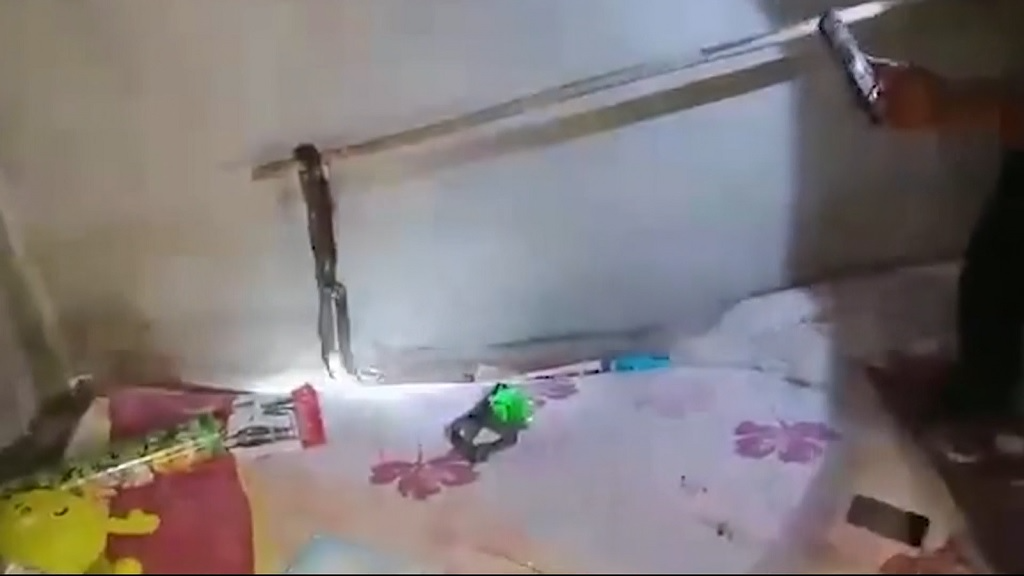 This was the frantic moment rescuers caught a cobra after it killed a nine-year-old girl as she slept in her bed.

Prapawee Prawat went to sleep on a mattress laid out on the concrete ground of her family home in Surat Thani, Thailand.

Prapawee's grandmother Lung Chu, 70, walked in yesterday morning to wake her up but found her unresponsive wearing her yellow football shirt.

Police arrived and noticed a small swollen red bite mark on her finger. They then discovered the two-metre-long cobra under the bed.

Residents battered the deadly black reptile to death before Prapawee was taken to hospital for a post-mortem examination to confirm her cause of death.

Her devastated grandmother said: ''Prapawee went to sleep and I went to wake her up for school. She was not moving or breathing and I called for help. I don't know how it happened. We have never seen snakes before in the house. I'm heartbroken. I wish it could have been me instead. She is so young.''

Police said they believed that Prapawee had been dead for around eight hours before she was discovered.

Major General Natakorn Meenim from the Chaiburi district police station said: ''Police were notified at 7.40am that a young girl had died in the house without knowing the cause. Officers were dispatched to investigate. There were no signs of the girl being abused but on her right index finger was a bite mark. The cobra of a length of more than two metres.''

Thailand's chunky monkey on diet after gorging on junk food