Coco Gauff battled depression due to 'hype that I didn't want' 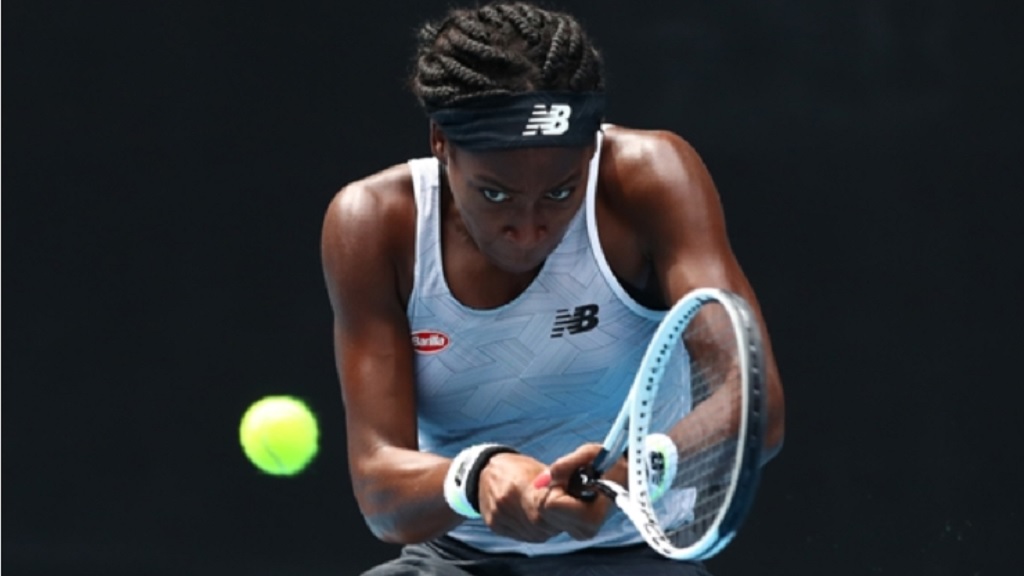 Coco Gauff at the Australian Open.

Coco Gauff battled depression for a year and considered taking time out from tennis as she tried to handle the hype around her rapid rise to the professional circuit.

Gauff caused a sensation at Wimbledon last year when she marked her grand slam debut with a victory over Venus Williams en route to the fourth round.

The 16-year-old got to round three at the US Open and round four at the Australian Open this year, where she was beaten in three sets by eventual champion Sofia Kenin.

Gauff, who reached a career-high 49 in the WTA rankings in February to become the first 15-year-old to break into the top 50 for 15 years, has become something of a fan favourite during a remarkable past nine months but admits the scrutiny from a very young age left her struggling with her mental health.

"Throughout my life, I was always the youngest to do things, which added hype that I didn't want," she wrote for Behind the Racquet. "It added this pressure that I needed to do well fast. Once I let that all go, that's when I started to have the results I wanted.

"Right before Wimbledon, going back to around 2017/18, I was struggling to figure out if this was really what I wanted. I always had the results so that wasn't the issue, I just found myself not enjoying what I loved. I realised I needed to start playing for myself and not other people.

"For about a year I was really depressed. That was the toughest year for me so far. Even though I had, it felt like there weren't many friends there for me. When you are in that dark mindset you don't look on the bright side of things too often, which is the hardest part.

"I don't think it had much to do with tennis, maybe just about juggling it all. I knew that I wanted to play tennis but didn't know how I wanted to go about it. It went so far that I was thinking about possibly taking a year off to just focus on life. Choosing not to obviously was the right choice but I was close to not going in that direction.

"I was just lost. I was confused and overthinking if this was what I wanted or what others did. It took many moments sitting, thinking and crying. I came out of it stronger and knowing myself better than ever. Everyone asks me how I stay calm on court and I think it's because I accepted who I am after overcoming low points in my life. Now, when I'm on court, I am just really thankful to be out there."

Gauff says she feels a responsibility as a role model for younger girls, in much the same way as the Williams sisters inspired her.

"I like playing for more than myself," she continued. "I have girls now coming up to me, of all races but mostly African Americans, saying they are picking up a racquet for the first time because of me. It amazes me since that is how I got into the sport.

"I remember about a month before Wimbledon going to the club I train at and seeing mostly boys playing. A month after I went back and the majority were girls and the trainer said it was because of me. I could never imagine that one tournament could have that kind of effect.

"For me, one of the biggest things is to continue breaking barriers. At the same time, I don't like being compared to Serena or Venus. First, I am not at their level yet. I always feel like it's not fair to the Williams sisters to be compared to someone who is just coming up. It just doesn't feel right yet, I still look at them as my idols.

"Of course, I hope to get to where they are, but they are the two women that set the pathway for myself, which is why I can never be them. I feel like I wouldn't even have the opportunity to be at this level without them. I would never have even thought about joining tennis without them a part of it since there were very few African Americans in the sport. For all they did, I shouldn't yet be compared to them."