Colon cancer screening should start at 45, not 50 - US doctors 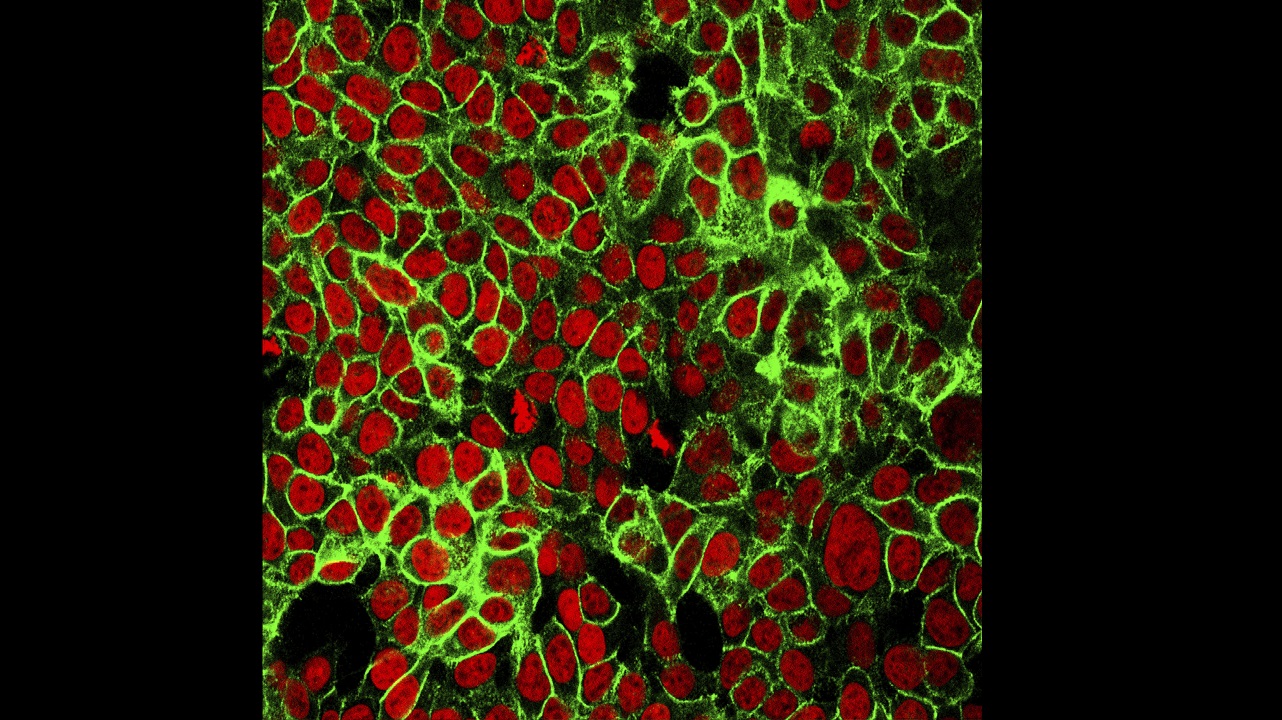 This undated microscope image provided by the National Institutes of Health shows human colon cancer cells with the cell nuclei stained red. According to new American Cancer Society guidelines released on Wednesday, May 30, 2018, most U.S. adults should begin getting screened for colon cancer when they turn 45. (NCI Center for Cancer Research/NIH via AP)

The American Cancer Society's advice puts it out of sync with guidelines from an influential government advisory group, which kept the age at 50 in an update two years ago.

Cancer society officials acknowledge the shift to 45 could cause confusion for doctors and patients but felt strongly that they needed to act now. The advocacy group was influenced by its study, published last year, that found rising rates of colon cancer and deaths in people younger than 50. Experts aren't sure why there has been a 50 percent increase in cases since 1994.

The guidelines are for men and women ages 45 to 75 of average risk for colon cancer; recommendations are different for people with certain conditions, like Crohn's disease, or a family history of colon cancer. The group endorses six kinds of screening exams, from inexpensive take-home stool tests performed every year to colonoscopies done every 10.

"All of these tests are good tests, and the choice should be offered to patients," said the cancer society's Dr Rich Wender. "The best test is the test that gets done."

The same tests are recommended by the US Preventive Services Task Force, a panel that reviews evidence and issues advice for a variety of screenings and treatments. It updated its colon cancer guidelines in 2016 and its next review isn't expected until around 2021.

That panel's recommendations drive what screening is covered by insurance under the Affordable Care Act, although 20 states have laws that link coverage to the cancer society guidelines. It's not uncommon for groups to have slightly different guidelines although those for colon cancer have been about the same for decades.

Most colon cancer occurs in adults 55 and older, and the good news is rates of cases and deaths have been falling for decades. Colon cancer, combined with rectal cancer, is the second leading cause of cancer death in the U.S. This year, more than 140,000 Americans are expected to be diagnosed with it, and about 50,000 will die from it.

Doctors will probably look to specialty medical societies to sort out the different guidelines, said Dr Marcus Plescia, of the Association of State and Territorial Health Officials. But it may take a little while before they offer clear advice.

Some experts have worried about pre-50 risks of colon cancer in some racial and ethnic groups, and at least one specialty society for gastroenterologists has urged screening of black adults starting at age 45.

Others argue that instead of lowering the age for routine screening, more effort should be put into getting more people tested. Only about two-thirds of people 50 and older have been following screening guidelines.

"It's hard enough to get people to do it at all," Plescia noted.

Dr Andrew Wolf, the lead author of the latest guidelines, said they considered and rejected that reasoning.

"We should be able to do both," said Wolf, a University of Virginia internist.