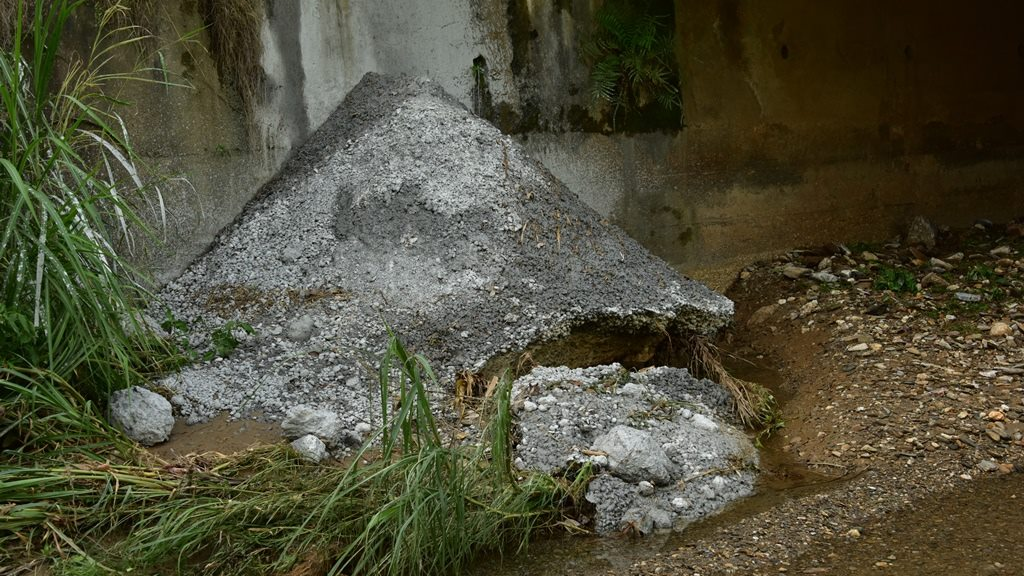 Photo: Concrete was dumped into the Maraval River. The issue was highlighted by the Minister of Works and Transport, Rohan Sinanan, on July 2, 2018 after Sunday's torrential floods.

The dumping of concrete and other building materials into the nation's roadways is contributing significantly to flooding, according to Works and Transport Minister Rohan Sinanan.

Sinanan was speaking to media on Monday at the Maraval River where a pile of concrete was found to have been dumped into the river. A team from the Ministry discovered the material on Sunday while carrying out inspections after heavy rains.

"Clearly somebody came and dumped gravel into the Maraval River. There is this new tendency now to throw excess gravel from the trucks, they're actually dumping them into the watercourses, hoping that the rain will take it away. We have a mountain here now that we have to pay a contractor to have it removed." 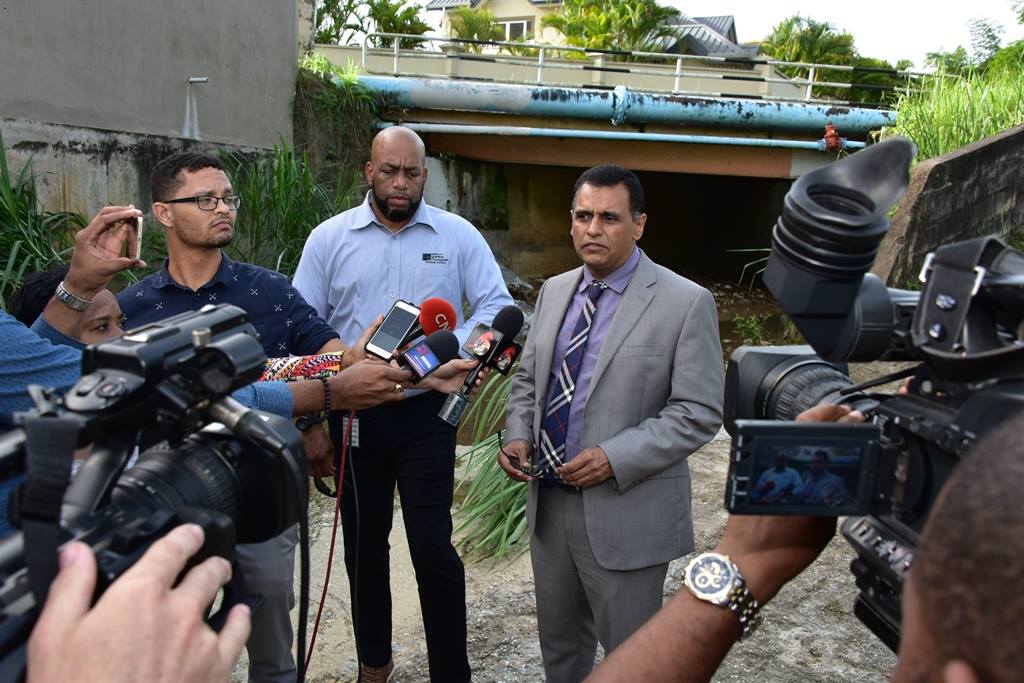 "Look at the number people that get flooded out...only because someone doesn't want to go to the right place (to dump the excess gravel), they do it the easy way, dump it in the watercourse and hope that the water will take it away," he said.

Sinanan said the flooding experienced on Sunday was approximately 25-45 millimetres over a five-to-six-hour period, which is the average rainfall over a two-week period.

"Obviously once you have that sort of downpour our infrastructure will be challenged," he said.

Sinanan said during a Parliament sitting on Monday that Cabinet approved several de-silting projects which his Ministry is currently implementing, which is in the second phase.

He said the entire project should be finished by between July and August.

He added that his Ministry will be aiding the Ministry of Rural Development and Local Government to provide assistance in preparation and clean-up activities.

He said the Bagatelle, Blue Basin, and Diego Martin area had been de-silted earlier this year.

Sinanan said much of the flooding is a result of poor development strategies.

"Even though you de-silt and clean the rivers, these channels can hold a certain amount of water. A lot of it has to do with the development in the area."

Sinanan referred to the Barataria area which has previously experienced flooding.

"If you look at that Barataria area a lot of the areas where these big industries are located those are low-lying areas. All these areas are now filled with commercial activities. These are some of the things that are contributing," he said.