Condolences pour in after death of UWI lecturer 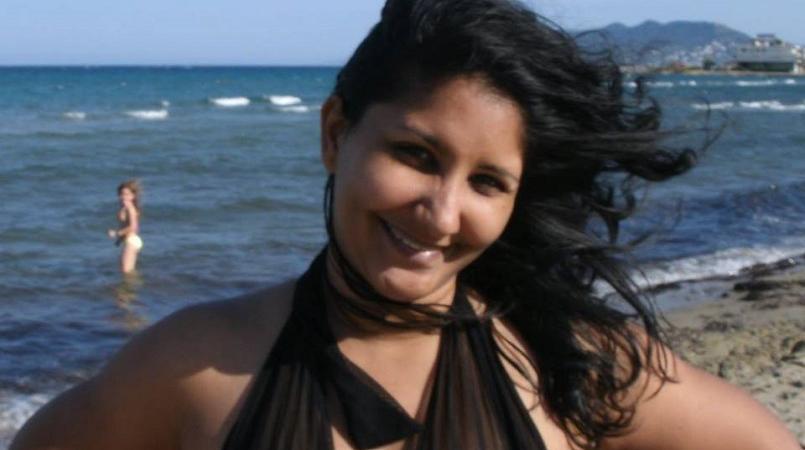 Dr Rampaul was a lecturer in Literatures in English at the St Augustine Campus of the University of the West Indies (UWI).

Dr Rampaul passed away after experiencing complications while undergoing surgery on Thursday.

The British Council Caribbean said it was saddened to hear of Dr Rampaul’s death in a statement issued Thursday.

“The British Council is saddened tonight to learn of the untimely passing of Giselle Rampaul.”

“In her capacity as Shakespeare expert, Giselle worked with the British Council on an intra-Caribbean production with colleagues in Trinidad and partners in Jamaica, Cuba and Barbados.”

“It was a pleasure to work with Giselle and the British Council would like to express its sympathies to her family, friends and colleagues. May she rest in peace, with her beautiful smile.”

Dr Rampaul has published on the intersections between British and Caribbean literature and was working on a monograph on Shakespeare in the Caribbean.

She was also the founder and producer of The Spaces between Words: Conversations with Writers podcast series.

Poet Shivanee Ramlochan said Dr Rampaul and her contribution to the arts will be sorely missed.

“Giselle Rampaul brought humanity to the institution of the University of the West Indies like no other instructor I have ever encountered in tertiary education. She was selfless with herself, generous with her time, her brilliance, her extraordinary and capacious mind. She had room enough within herself for every after-hours inquiry; every stumbling undergraduate concern; every bureaucratic frustration that impeded the job: and no, not the job of lecturing only.”

“'Lecturing', I think, was the least of it, with Giselle. She believed in transference, not hoarding; clarifying, not preaching; uplifting, not dismantling. She was as good-hearted and supportive to me when I was her student, as much as when I worked alongside her at The Spaces between Words: Conversations with Writers.”

“She helped to furnish me with the belief that so many young people passionate in the arts starve for: that to work in Literatures in English was not a poor cousin of a career, or a hollow vocation. I could not be where I am, work as I work, offer any or all that I do in service to local criticism and regional letters, had I not, once upon a time, been lit from within by Giselle, along my path.”

“I will miss her, and I will never forget that which she taught me, helped me see, gifted me, both in her classroom and outside of it.”

A statement issued Friday from UWI issued condolences, adding that her contribution to the arts was indelible.

"It is with profound sadness that The UWI St. Augustine, Faculty of Humanities and Education (FHE) announces that Dr Giselle Rampaul passed away on February 9, 2017."

"Dr Rampaul was beloved by her students who have attested to enjoying and being impacted by her courses on Shakespeare, British fiction, and children’s literature."

"She will be deeply missed by her father, Kelvin Rampaul, former Supervisor of the Multi Media Production Centre, UWI, St. Augustine, other family members, friends, her students and her colleagues for her intellect, integrity, warmth, generosity and humanity."

Dr Rampaul taught in the Literatures in English programme, Department of Literary, Cultural and Communication Studies (LCCS) since 2003, attaining tenure in 2015.

Dr Rampaul played integral roles in organising literary events such as the annual Campus Literature Week, the Literatures in English Open Day for secondary school students, the 30th Annual Conference on West Indian Literature in 2011 as well as the International Cultural Studies Conference “First They Must Be Children”: The Child and the Caribbean Imagi/Nation in 2009."

She was instrumental in the founding of the Red Feather Journal: an International Journal of Children in Popular Culture in 2010. Dr. Rampaul also co-edited The Child and the Caribbean Imagination (2012) and Postscripts: Caribbean Perspectives on the British Canon from Shakespeare to Dickens (2014)."

She also authored numerous journal articles and was in the process of completing a monograph on Shakespeare in the Caribbean at the time of her passing.

As a leading expert in the region on Caribbean re-readings of Shakespeare, she partnered with the British Council, and Shakespeare scholars from Barbados, Cuba and Jamaica on related projects; and in 2016 was invited by the Shakespeare’s Globe to present a paper at its international symposium commemorating the 400th death anniversary of William Shakespeare."

The UWI says Dr Rampaul made an indelible contribution to Caribbean and other literatures by initiating, producing and editing the podcast series The Spaces between Words: Conversations with Writers which has released interviews to date with 97 writers and poets.

The series is affiliated with the NGC Bocas Lit Fest: The Trinidad and Tobago Literary Festival, where Dr Rampaul was a panel speaker on multiple occasions, and The Caribbean Review of Books.

Funeral arrangements will be announced shortly.