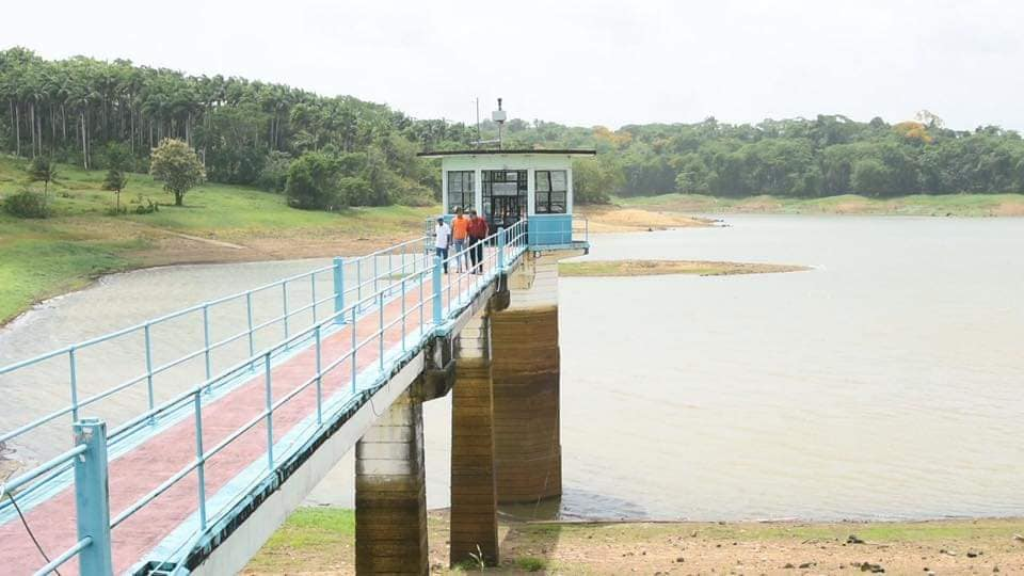 The Navet Reservoir is well below capacity, affecting availability of water to those is South East Trinidad. Photo via Facebook, Senator Robert Le Hunte.

As the country faces the third harshest dry season in the past 70 years, citizens are being assured that measures have been put in place to ensure water is delivered to citizens.

The assurance came from Public Utilities Minister Robert Le Hunte even as Water and Sewerage Authority (WASA) has cut back production in some areas due to reduced water availability.

The Minister was responding to a question in the Senate from Opposition Senator Wade Mark regarding urgent measures being taken by WASA to ensure equitable distribution of water, given the low reservoir levels reported.

Le Hunte noted that rainfall was below average for the month of June, leaving dams at 17.78 percent capacity – well below historic averages.

But, he said in areas especially hard hit by the current shortages, like Mayaro and South East Trinidad, he is working closely with the MPs and regional corporations to boost the supply.

He explained that water would be taken from Caroni.

The Minister said the country produces enough water but citizens must operate as their brother’s keeper, appealing to citizens in receipt of a more regular supply of pipe borne water to conserve so that there will be enough of the supply to go around.

“But again, there are areas that continue to get good supply of water 24/5, 24/7, close to the water sources, and really, it is about conservation.”

“People who have need to manage their water so that we will have more water to send to the extremities.”

The Minister added that WASA is working to address leaks.