Conte: Chelsea out of title race after defeat at West Ham 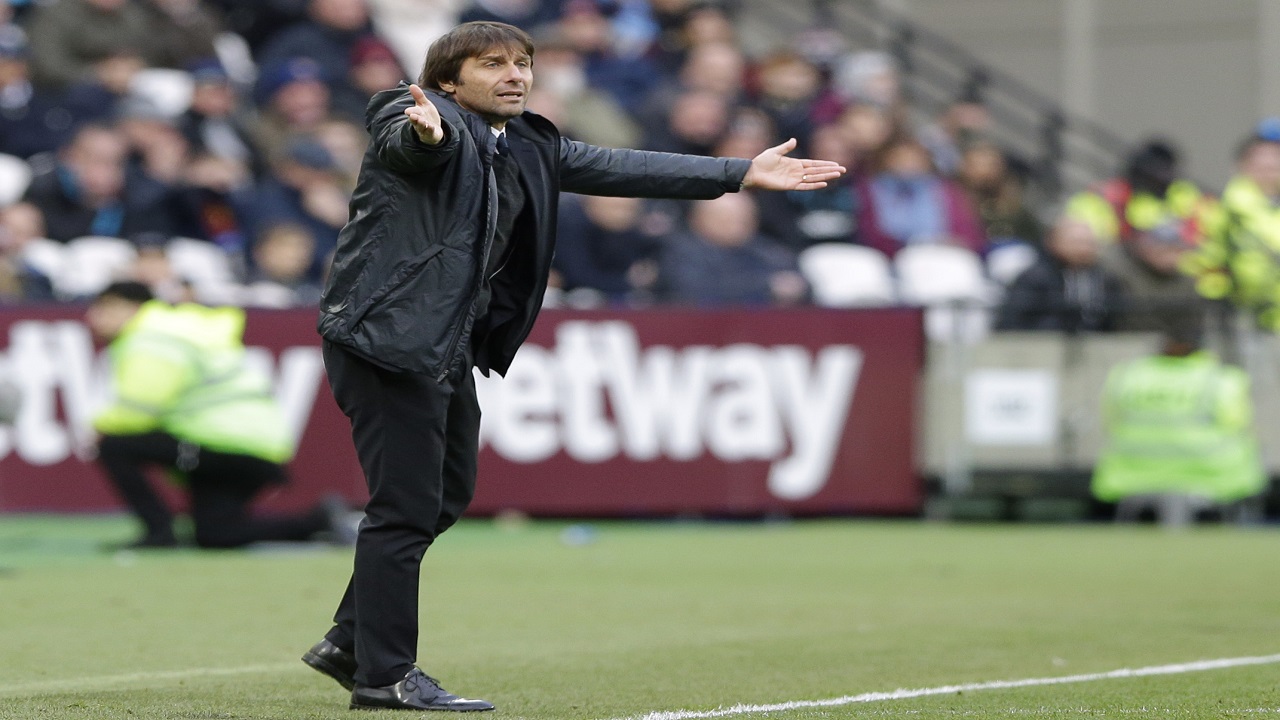 Chelsea's hopes of retaining their English Premier League title are over, according to manager Antonio Conte.

A 1-0 loss at West Ham on Saturday saw Chelsea fail to close an 11-point gap on leader Manchester City, which could be extended even more when City face second-place Manchester United on Sunday.

Marko Arnautovic's early strike was backed up by a resilient defensive display that ended an eight-game winless run for the hosts and provided a first victory under David Moyes.

"To talk about a title race after a defeat I think is a bit strange," Conte said. "Especially if this is the fourth defeat in this season in 16 games. When you have this start it's impossible to think you are in the title race."

Chelsea appeared to have overcome a slow start to the season, entering the game in third place and on a seven-game unbeaten run that stretched back to a similarly surprising defeat to then-bottom side Crystal Palace in October.

"When you lose against Crystal Palace at the bottom of the table and now to lose again, against West Ham — that at this moment is in a bad position in the table — if you lose points in these games it means you are not in the title race," Conte said.

West Ham's intensity was too much for Chelsea in the opening stages and it was rewarded after just six minutes when Arnautovic applied a fitting finish to a flowing move.

Pablo Zabaleta and Michail Antonio worked the ball to Arnautovic's feet on the edge of the box, where he exchanged passes with Manuel Lanzini before sending a left-footed effort into the bottom corner.

From then on West Ham retreated, often defending with all 11 players inside their own third of the pitch at the Olympic Stadium.

The approach worked for the most part as Chelsea rarely tested goalkeeper Adrian, picked ahead of England's Joe Hart. The Blues' best chance came in the closing stages as Alvaro Morata dragged his shot wide, having been put clean through on goal.

"A really good start to the game by us and then we got a goal, which was a really well worked goal and then it was a completely disciplined, organized performance," said Moyes, who replaced Slaven Bilic in early November.

West Ham remain in the relegation zone but the win takes the Hammers to 13 points, level with 17th-place West Brom, which play at Swansea later