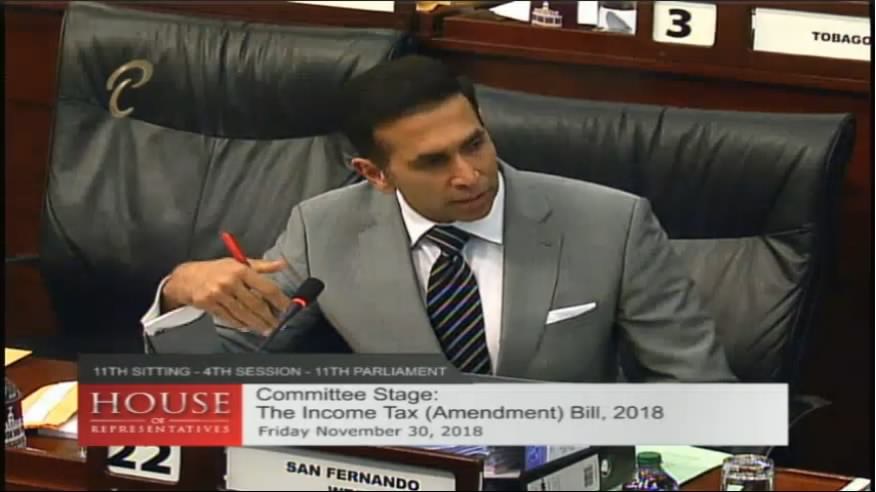 The controversial Income Tax (Amendment) Bill 2018 was passed with amendments in Parliament during a late night sitting on Friday, without Opposition support.

The final vote was taken around 9 pm.

The passage of the controversial Income Tax (Amendment) Bill 2018 came after Government deleted all the clauses that required Opposition support, in a bid to prevent Trinidad and Tobago from being blacklisted by international financial institutions.

“So basically we’ve given Trinidad and Tobago a fighting chance. We’ve done the best we could. The Opposition failed to explain to us why they would not support other than saying go back to a Joint Select Committee,” the Attorney General lamented.

Speaking with reporters after the meeting, Persad-Bissessar said contrary to claims by the Government, the deadline for passage of the legislation was not yesterday.

She accused the Government of attempting to distract the population from the closure of Petrotrin, saying it was a very dark day in the history of Trinidad and Tobago.

She added that the Opposition would not be bullied into supporting the legislation.

The Bill seeks to amend the Income Tax Act to meet our international requirements coming out of Trinidad and Tobago’s 2015 Mutual Evaluation Report under the 40 Recommendations of the Financial Action Task Force and Trinidad and Tobago’s obligations under the Tax Information Exchange Agreement with the United States of America and the Global Forum.