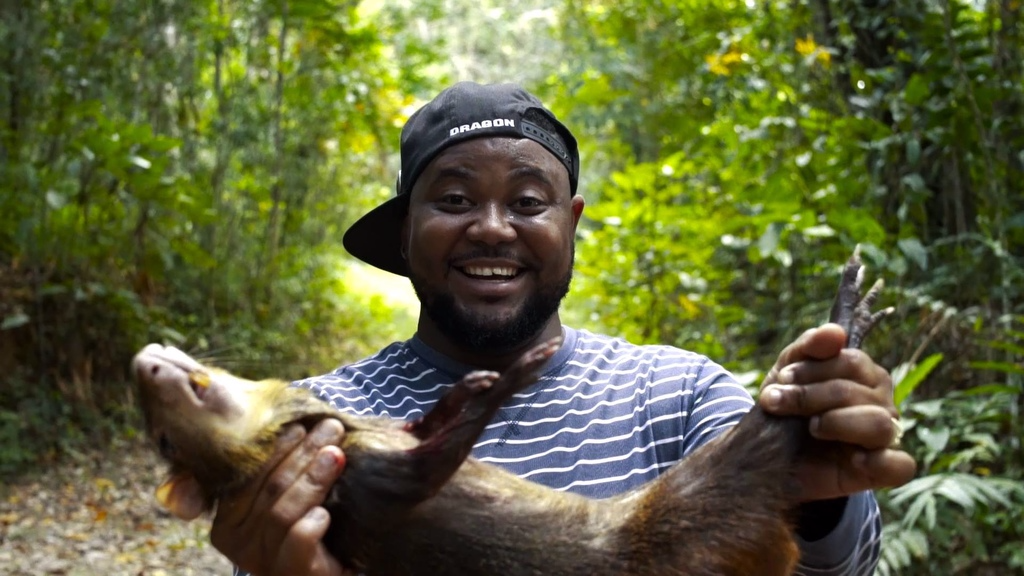 Junior Mills, the man behind a show that focuses on the hunting and cooking of wild meat, is urging viewers to watch the show before passing judgement.

Mills’ show Cooking Wild has become the subject of protest on social media by people who object to a show that “glorifies the killing and cooking of animals”. The show is set to air on CNC3 which bought the license to broadcast it from his company Milli Entertainment.

"CNC3 producing a show on how to cook local wild meat is nothing short of a slap in the face for people in this T&T who are serious about preserving the natural beauty, environment including the wildlife. What possessed the network to do this is anybody's guess. It is obviously ill-founded, not at all informed as to the general sentiment of the population, not in keeping one iota with international feelings about hunting wildlife and overall uneducated."

Speaking to Loop, Mills said the show is not only about hunting and cooking wild meat.

“It is informative and educational. There are important aspects of the show where we trying to teach people about things like safety rules in the forest. We also tell people about what animal they should not hunt like the Scarlet Ibis. There were no monkeys, parrots or leatherback turtles hunted...there are a lot of things people do not know they are not supposed to be hunting,” he said.

Buddie Miller, President of the Hunting Association, provided some guidance for the show.

He told Loop that sports hunters invariably capture the older and weaker animals so there is a natural culling and regeneration of young, healthy stock.

He said the real pressure on animals come from poachers who hunt illegally for 365 days of the year, in and out of hunting season.

“The pressure on the animals does not come in large measure from the sport hunters, they are few and hunt two weekends a week for five months a year. The poachers are out there hunting illegally but no one says stop the poachers. Hunters retire at end of February when the hunting season closes but poachers continue,” he said.

Miller, who is also a gaming warden, challenged critics to join the association and help catch the poachers.

“Everyone could sit in their armchair and say stop the hunting. Come and join the honorary gaming programme and make a contribution to stop it but none of them wants to do it,” he said.