Coosal, Hale to be inducted in TT Chamber Hall of Fame 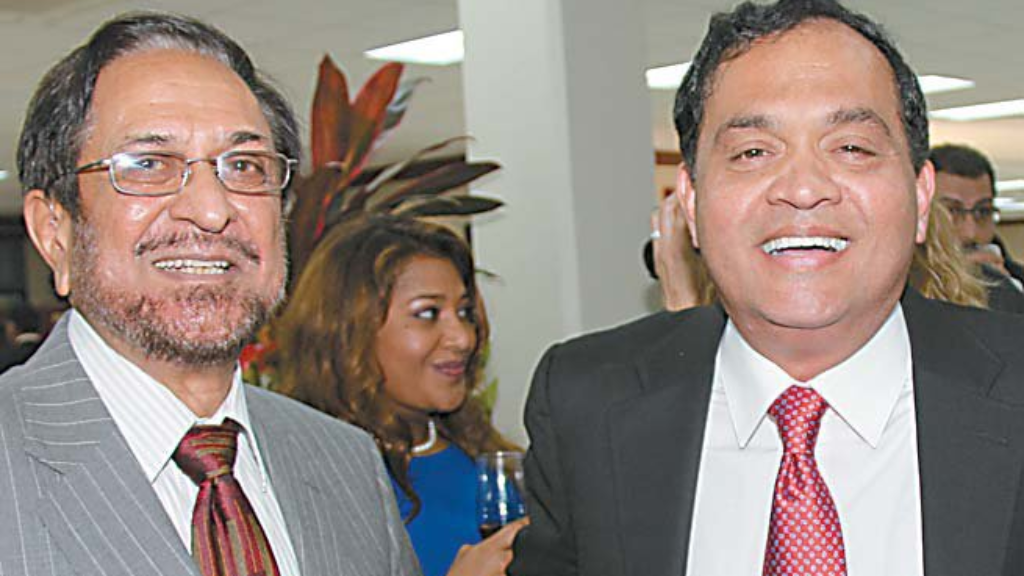 Each year, two outstanding businesspeople are selected to be inducted into the T&T Chamber’s Business Hall of Fame. The conferment of this award recognises a lifetime of business excellence and exemplary service to the corporate and national community.

2019 inductees Osmond “Ossie” Carlyle Hale (Posthumous) and Sieunarine Persad Coosal will be among the ranks of 33 iconic businesspeople who have been inducted since the Hall of Fame’s introduction.

The Business Hall of Fame was retained as a category when the event was re-branded Champions of Business in 2014.

This year, Guardian Life of the Caribbean Limited collaborated with the T&T Chamber to be the exclusive sponsor for this category.

About this year’s inductees:

In business circles he was perhaps best known for his unstinting service to Hand Arnold (Trinidad) Limited, which he joined in 1946 and remained until his retirement in 1984, and thereafter as Chairman until his death in 1994.

Wherever he served, his characteristics of fairness, calmness and integrity endeared him to his peers and staff. His corporate social responsibility endeavours included participation in Rotary Club, the Golf Club and sponsorship the steelband Catelli All Stars, among others.

Sieunarine Coosal was born into poverty in the rural agricultural district of Todd’s Road in Chaguanas. He was the twelfth of 13 children. At the age of 16, just after finishing his secondary school exams, he was recruited by his older brother Ajodha to assist him with quarrying operations in Curepe.

From this basic starting point, Sieunarine rose to eventually lead this company.

Facing many adversities in his life, including bankruptcy and receivership of his company, his tenacity and drive ensured that he rose each time to overcome them.

He is a member of several professional bodies and has received awards and accolades for his work in the industry. However, what he values above all is his ability to make a difference in the lives of his employees and through charitable works.

Cocoa Republic, Precision Music up for Champions of Business Awards