CoP to Carnival stakeholders: No glass bottles or defacing properties 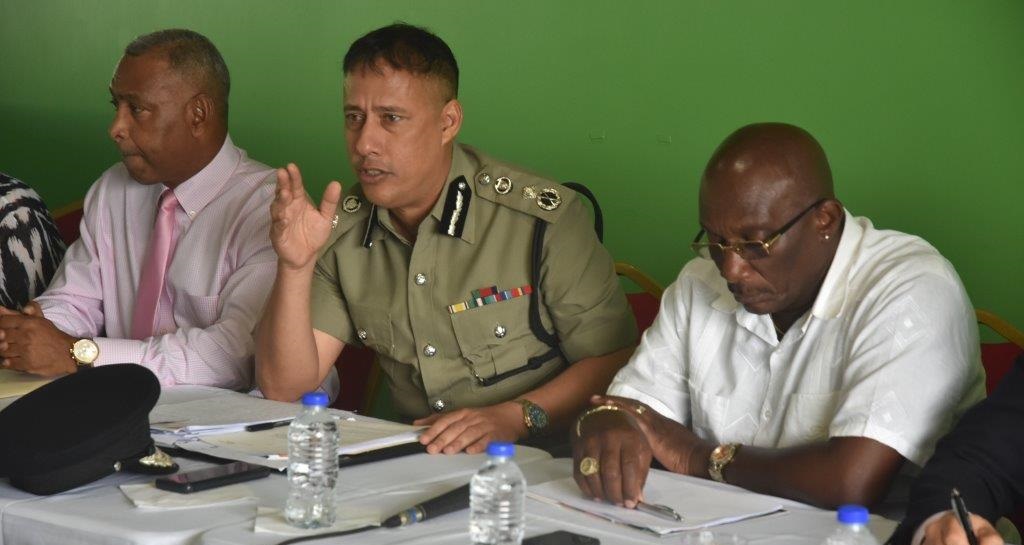 Police Commissioner Gary Griffith has advised the National Carnival Commission (NCC) of some rules ahead of Carnival 2020.

He made a series of recommendations including a ban on glass bottles at a stakeholders’ meeting at the Queen’s Park Savannah on Wednesday.

Some of the considerations he proposed and concerns raised are:

- The issue of members and supporters of a few J’ouvert bands defacing people’s properties;

- A ban on the use of glass bottles which can be replaced by cups or cans, as many people are injured not only by throwing of bottles but also by broken glass evidenced by the numbers of persons seeking medical assistance at hospitals. The Commissioner suggested that discussions should be held with stakeholders regarding this matter;

- Solving the issue of traffic congestion by making Tragarete Road and Ariapita Avenue one-way on Carnival Monday and Tuesday; and

The CoP stated that advanced advertising should be displayed for persons entering the Queen’s Park Savannah with firearms and coolers and with a policy in place before the actual events for Carnival 2020, in particular, Panorama.

He added that measures should be put in place to ensure that bands do not break the rules, as was the case in 2019 when they disregarded the route in an attempt to reach their headquarters early.

NCC official Keston Nancoo praised the top cop and the TTPS for making Carnival 2019 a success.

“Security worked well. Thank you, Mr. Commissioner, the level of diligence by your officers from Carnival Friday to Tuesday night was excellent; that was a tremendous start to the Carnival.”

Port-of-Spain Mayor Joel Martinez expressed similar sentiments. He echoed the Commissioner’s comments about bands staying on the route and the defacing of properties.

Meanwhile, Griffith spoke to the Environmental Management Authority (EMA) about the noise levels in the Woodbrook district during Carnival which negatively impacts elderly persons. He pointed out that from 2 pm on Carnival Friday to Ash Wednesday music is blasted at high levels to the annoyance of property owners.

The meeting was also attended by NCC Chairman Winston ‘Gypsy’ Peters and representatives from the Prisons Service, Fire Service and the Office of Disaster Preparedness and Management.

Carnival Convention to launch on November 8