Cop in Cunupia crash in recovery 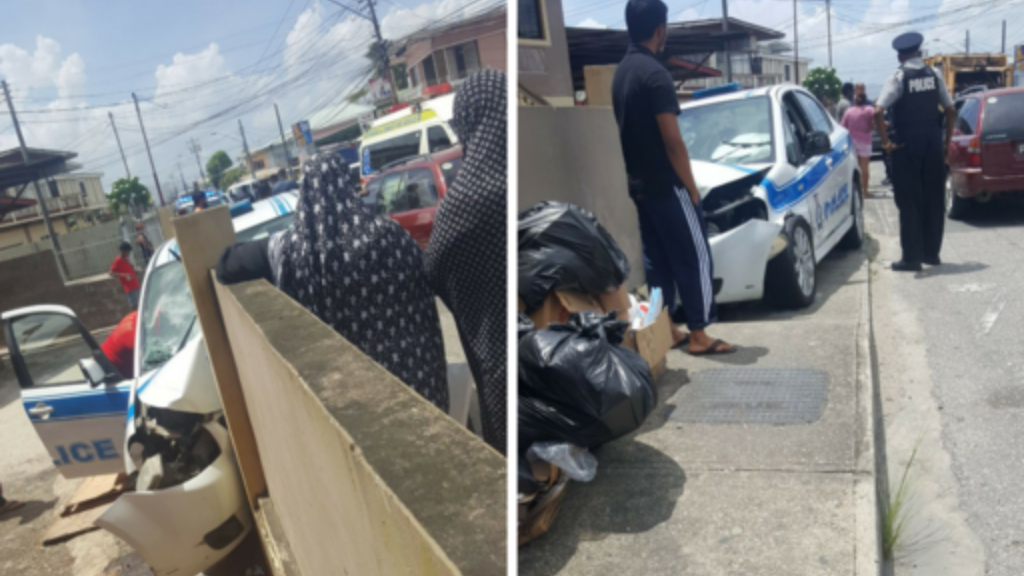 The police constable who was involved in an accident in Cunupia this week is still on the road to recovery.

The officer, identified as PC Khan from the Cunupia Police Station, was said to have suffered a dislocated hip as a result of the accident and had to undergo surgery to repair it.

LoopTT understand that the officer's surgery was successful and he is now recovering.

He is also expected to aid investigators to determine the causes and contributing factors for the accident – for instance, if he was officially heading towards an designated duty that day or not.

CCTV footage which captured some angles of the accident has been secured.

The incident, which was captured by CCTV footage and shared on social media, reportedly took place at around 2 pm on Monday along the Old Southern Main Road, Cunupia.

Khan was said to be driving along the roadway heading to a police exercise when a black pick-up van pulled infront of him.

In an attempt to avoid a direct collision with the van, the officer pulled away, resulting in the marked police vehicle clipping a burgundy wagon, before crashing head on into a wall.

Khan suffered no broken bones, but he did receive injuries to his left hand, leg, hip, and shoulder.

The driver of the black pick up van is said to be assisting police in their investigations.