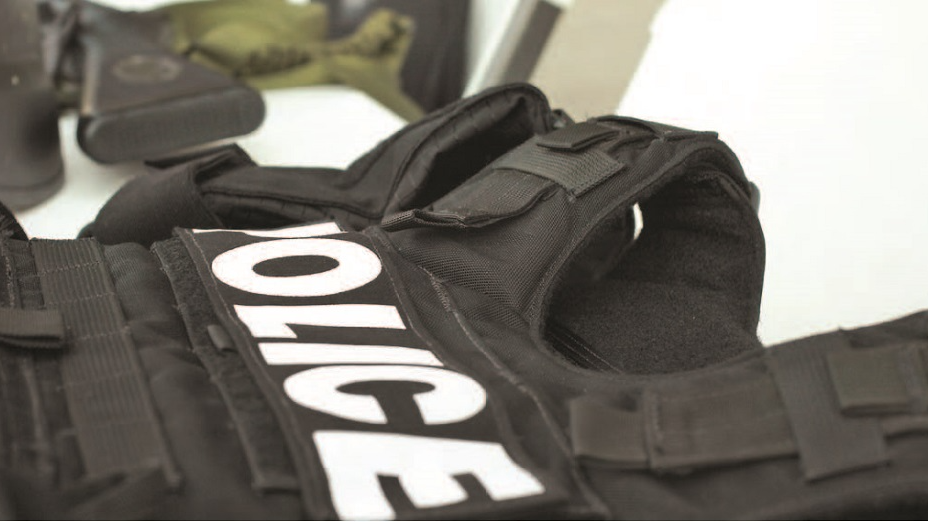 A 22-year-old police constable is currently in custody after he reportedly was on his way to sell two police-issued bulletproof vests.

The officer, who is attached to the Central Division, was held on Monday afternoon along Ramlal Trace, Barrackpore, during a sting operation by officers of the Southern Division.

According to reports, a team of officers led by Snr Supt Zamsheed Mohammed, with assistance from Supt Pardassie, Insp Gajadhar and Sgt Ramlogan, among several others.

The officers, acting on the information received, intercepted a black van along Ramlal Trace.

On seeing the operation, it was said the constable jumped out of the car and attempted to flee the scene by hiding in some nearby bushes.

However, he was quickly caught.

A bag which he allegedly had in his possession was seized.

Upon examination, it was said to have contained two bulletproof vests with “POLICE” written at the front and back. The other occupants of the vehicle, a 21-year-old man and a 54-year-old man, were detained.

The officers then executed a search warrant at the Constable’s home along Penal Rock Road, Moruga, where they allegedly found three police issued firearm holsters.

The holsters, reports said, had the engraving “Couva Police Station” on them.

All three suspects have been questioned, and the constable has since been handed over to professionals from the Professional Standards Bureau.

They are expected to be charged and brought before the courts sometime this week.