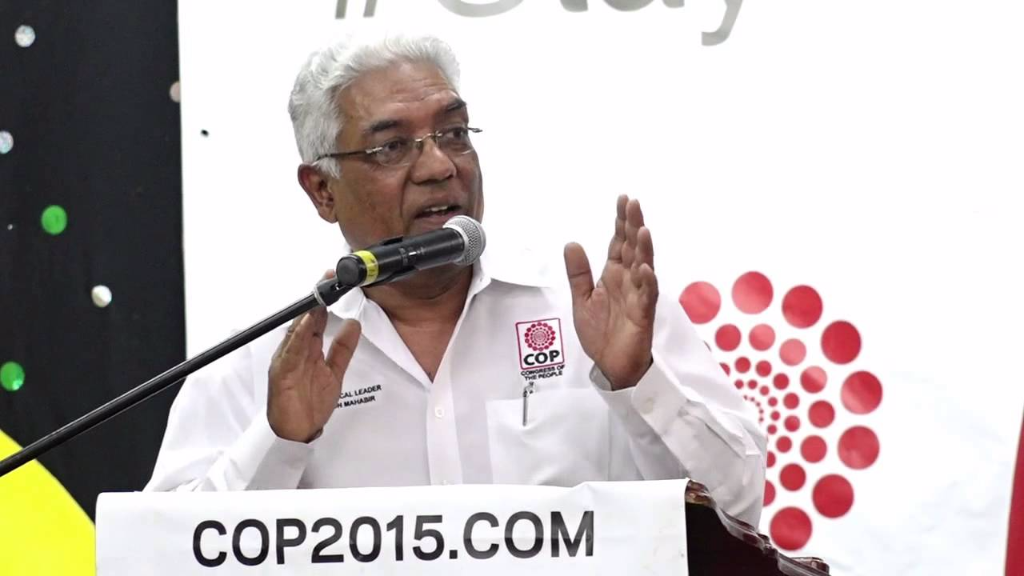 The decision followed legal action filed in the High Court challenging the candidacy of Nicole Dyer-Griffith and the right of another 34 individuals to cast their vote in the party’s upcoming election for a new political leader.

The application is expected to be heard today.

The election, which was rescheduled from July 9 has been overshadowed by legal action.

Mahabir and Weatherhead attempted an out of court resolution in the interest of the parties with Kirt Francis who filed the legal action, as well as the three candidates involved.

The two said despite these efforts no mutually acceptable resolution was arrived at.

They explained that a number of factors led to their decision, which included the threat of further legal action should the elections be postponed.

“We have been placed in an untenable position between warring factions, and are both saddened and frustrated that we are being brought to the Court despite all of our hard work and the support that we have given to the party.

Elections are not won through the Courts, but through the will of the people. We have therefore, with utmost regret, both resigned with immediate effect from any positions we have held in the Congress of the People.”

Attorneys representing Darrell Allahar and Rajkavir Singh have been instructed to request that the Court to dismiss Francis’ application and to strike out the entire proceedings, should he proceed with his litigation against them.

The election is expected to take place August 20.