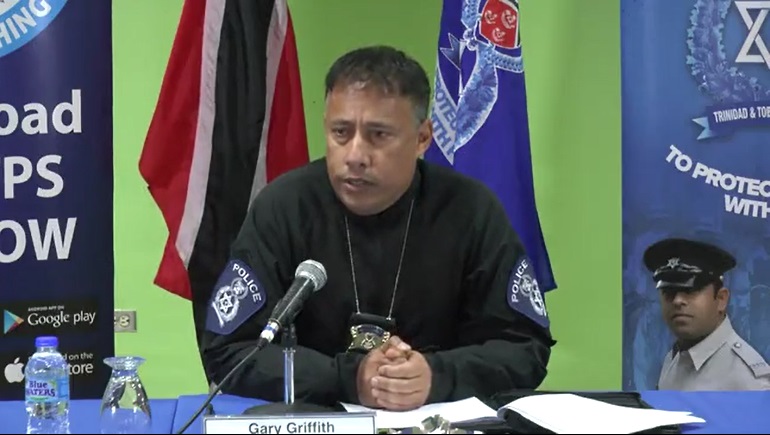 Police Commissioner Gary Griffith has condemned as 'reckless and dangerous' comments from United National Congress (UNC) General Secretary Davendranath Tancoo regarding a police checkpoint near a polling station in Curepe.

Tancoo had accused the police of deliberately delaying voters in the area with the mounting of the checkpoint.

'Commissioner of Police, Gary Griffith, says it was reckless and dangerous for the general secretary of the United National Congress (UNC), Davendranath Tancoo, to accuse the police of using roadblock exercises as a tactic to frustrate voters at a polling station in St Augustine earlier today,' said the statement.

The statement continued: 'Mr Tancoo sent a letter via email to the CoP in which he stated, "it is clear to us that these sudden exercises are meant to delay voters in that area, and to interfere with the free and proper exercise of the franchise (to vote)". Mr Tancoo referred to the exercise as an abuse of police powers.

'In response, Commissioner Griffith found Tancoo's letter to be highly offensive and dangerous where the general secretary of a political party is accusing the police of willfully stopping people from voting.'

Griffith said he received the letter after 'the whole of Trinidad' had seen it.

He explained that the checkpoint was unplanned and was mounted in response to reckless driving in the area.

'There was reckless driving taking place in a certain area so the officers started to stop vehicles. A general election does not mean that the TTPS is no longer required to fulfil our other duties. So people must break a red light, or drive on the shoulder, or overtake indiscriminately because it is election day? That is very absurd indeed,' Griffith said.

He said the TTPS will 'continue to effectively discharge its duties, whether it's election day, carnival, or Christmas'.

Griffith said the Cycle Section of the TTPS carried out exercise duties at least once a week at Evans Street in Curepe, due to numerous road traffic breaches.

He further explained: 'Officers were mandated by seniors to perform exercises over the weekend including today, election day. The exercise conducted by the Cycle Section today was done in good faith and there was no intention to disrupt the elections. During today's exercise, the officers checked vehicle numbers, drivers permit and insurance.'

Griffith said he also visited the location during the day and did not see any line of voters at the said polling station.

He added that Tancoo 'could be alluding to political bias by the TTPS by deliberately not allowing supporters of one party to vote', adding that he was 'not aware that in a roadblock on election day, the cars are painted red or yellow so these biased officers would know which to stop and which to allow to pass'.

On Monday, Tancoo's letter to the commissioner was shared online, in which he called for the arrest of the officers involved in the checkpoint.

Police Commissioner Gary Griffith said a roadblock which took place near a Curepe polling station on Election Day was done in response to reports of irresponsible driving.

Griffith told Loop News that the roadblock was not planned.

'It was not a planned roadblock. There were reports of reckless driving taking place in a certain area so officers began to stop vehicles.'

Griffith said that the laws must be adhered to on election day: 'A general election does not mean that the TTPS is no longer required to fulfil our other duties.'

The UNC's General Secretary Devendranath Tancoo also wrote to the Commissioner of Police to complain about the roadblocks he said were "meant to delay voters in that area, and to interfere with the free and proper exercise of the franchise."

Tancoo called for the immediate arrest of the police officers involved in the roadblock exercise, saying they were committing electoral offences. 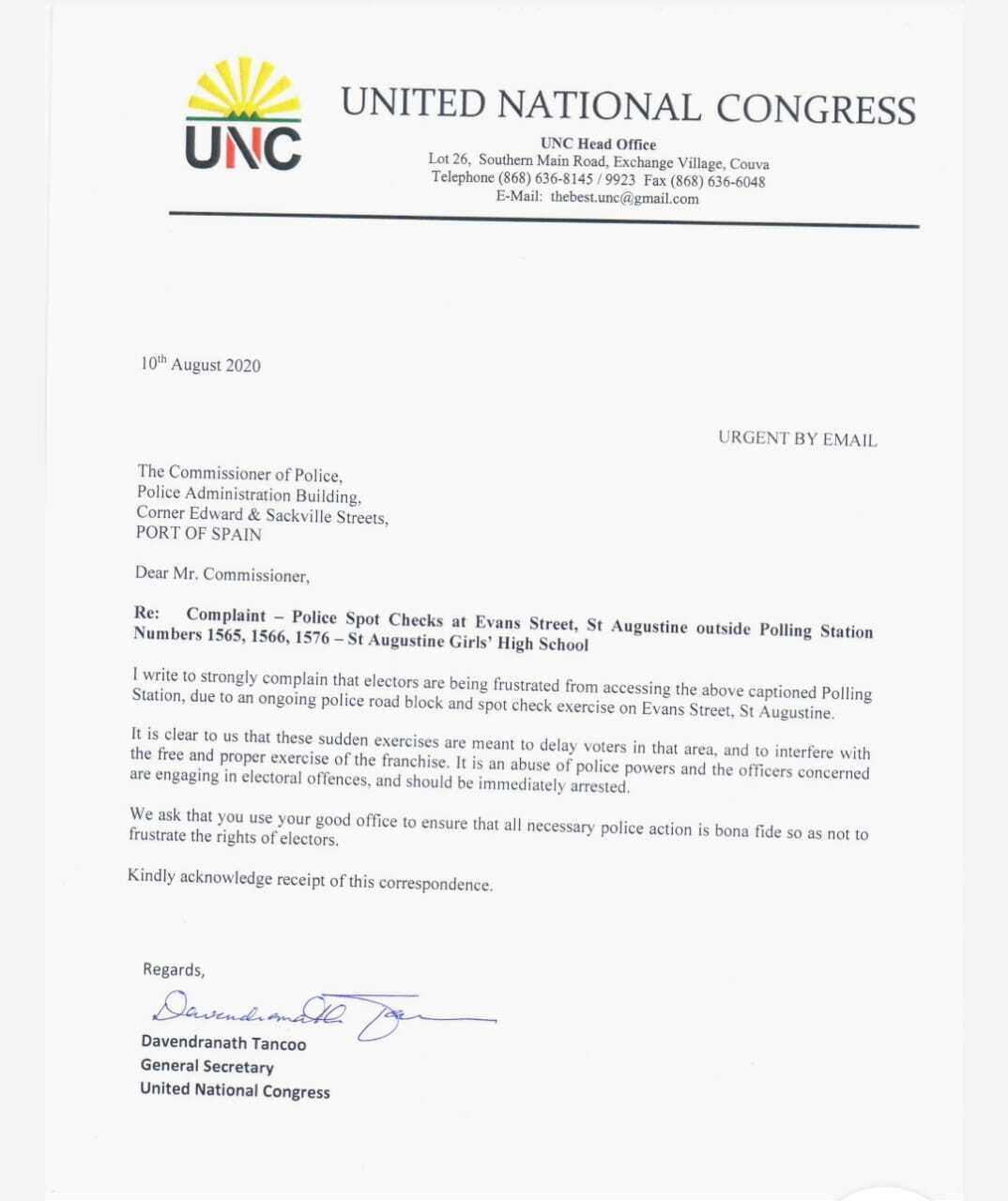