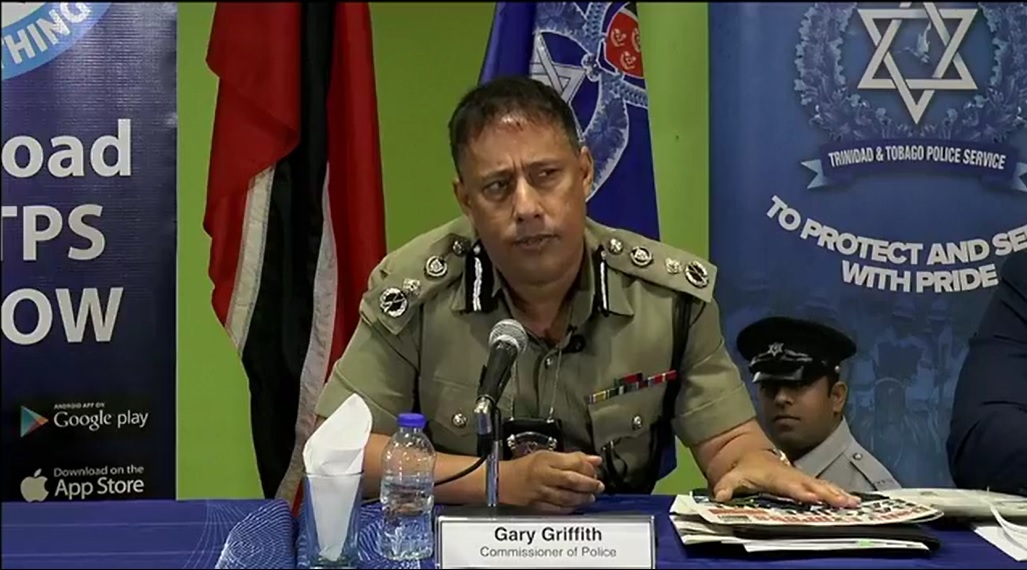 Police Commissioner Gary Griffith clarified public health regulations after questions were raised by the public over definitions of private and public spaces, with some accusing the police service of bias.

Following comparisons made between a private party in Bayside Towers, in which attendees were let off with a warning, and a private party in Valsayn in which people were detained, Griffith said there were reports that there was a cover charge at the Valsayn party, which would have made it open to the public.

In addition, he said officers had a warrant for the exercise.

‘As it pertains to the claims related to an event at Valsayn, be advised a warrant was issued giving police authorisation to enter in the search for illegal weapons. There were several persons at that event, inside and outside that house, and the venue was rented for the event, with reports of there also having a cover charge.’

Griffith also clarified that there were less than 40 people at the Bayside party.

‘Further, as it pertains to claims of the TTPS not wanting to ‘touch’ certain perceived ‘classes’ within society, please note, apart from the organisers of the event, who would be questioned as this investigation continues, [as] all the other patrons were non-nationals. Why would the TTPS seek to be bias or give preferential treatment to non-nationals when hundreds continue to be arrested on varying matters?’

He also referred to the Sea Lots incident in which minors were made to apologise and the video shared online, as some asked why similar treatment had not been dealt to the Bayside offenders:

‘As it pertains to the incident at Sea Lots, and the subsequent action taken, be advised, when police arrived many persons present at that incident started running to escape and several were found hiding in different areas. Additionally, a law was broken. Again to reiterate, none were arrested. In the Bayside incident, no law was being broken and no one was trying to escape, so on what grounds would they be asked to lie on the floor or for the incident to be recorded?’

Griffith emphasised that other events involving residential areas and gated communities were also dealt only warnings.

‘As confirmed by the Attorney General, at many other residential areas or gated communities, the police similarly only warned the residents.’

He also responded to queries by the Barkeepers’ Association of Trinidad and Tobago (BOATT), which queried whether bars, which are privately owned, would be considered private spaces.

Griffith said that the TTPS merely enforces the law and is not guided by skin colour:

‘The police simply enforces the law. The regulations are clear and in contrast to what some are alluding to, police officers cannot and do not work on arresting some and not arresting others based on their skin complexion. This is based solely on what authority we have, which is in a public space.’

‘In Bayside, it is not a public space and even the pool area is not accessible to the public so as much as many demand that the police arrest persons based on perceptions of bias for or against, it is simply that the present Regulations do not give us authority to do it. [Albeit] that these individuals were operating in a reckless and stupid manner. But as stated previously, we cannot police stupidity or charge someone based on stupidity or being reckless.’

‘To confirm, in contrast to many who are making assumptions based on emotion rather than the facts, the TTPS cannot go witch hunting to arrest people or turn a blind eye to release anyone based on their ethnic composition.’

‘It solely has to be done whether a law is broken or not. In this latest incident, the TTPS cannot arrest persons on private property even if they assemble in numbers larger than five, as the Regulations did not give us such authority.’

However he said the TTPS has acquired ‘certain information’:

‘TTPS has acquired certain information and would be interviewing persons in this irresponsible action to assist us in enquiries in far greater matters than assembling in a group of more than five.’

Anyone who has information on the whereabouts of these persons, please contact the police at 999, 555, the Police App or WhatsApp 482-GARY.