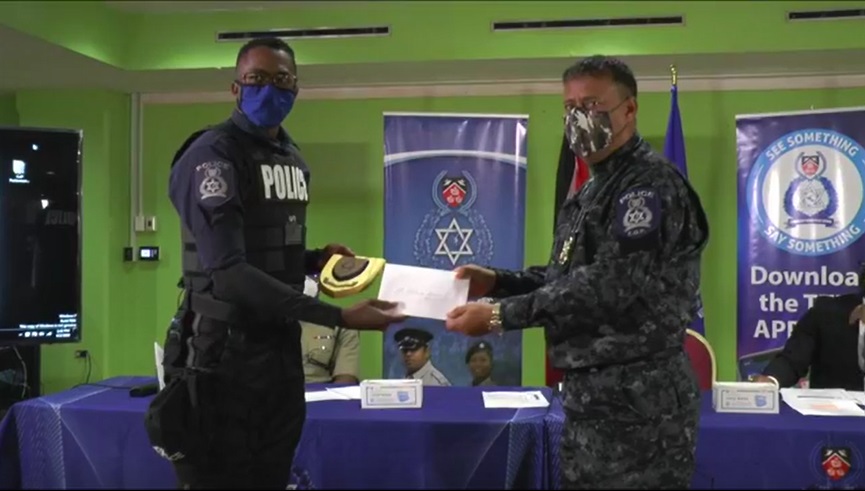 PC Nicholas Grant of the Freeport Highway Division is the first to receive the Commissioner's new award.

Commissioner of Police, Gary Griffith, gathers a team of officers to discuss matters of national security with the public and members of the media every week. From now on, Griffith said he’ll also be using the medium to shed light on good work being done by members of the Trinidad and Tobago Police Service (TTPS).

In today’s conference, Griffith said he felt it necessary to praise his officers publicly.

“What we are doing is to actually show the good in police officers,” he said.

First up for the honour was PC Nicholas Grant of the Freeport Highway Patrol Division. Commissioner Griffith showed a video displaying the officer’s award-winning act.

Grant came to the aid of a female driver who shut down on a highway. The officer, on learning that the driver ran out of gas, went to a gas station, paid for gas with his own funds and came back to the woman’s aid.

Grant is the first officer to receive the commendation from the Commissioner who says that he’ll bring a new officer worth highlighting every week.

TTPS to give masks to socially displaced, to be flexible with new law