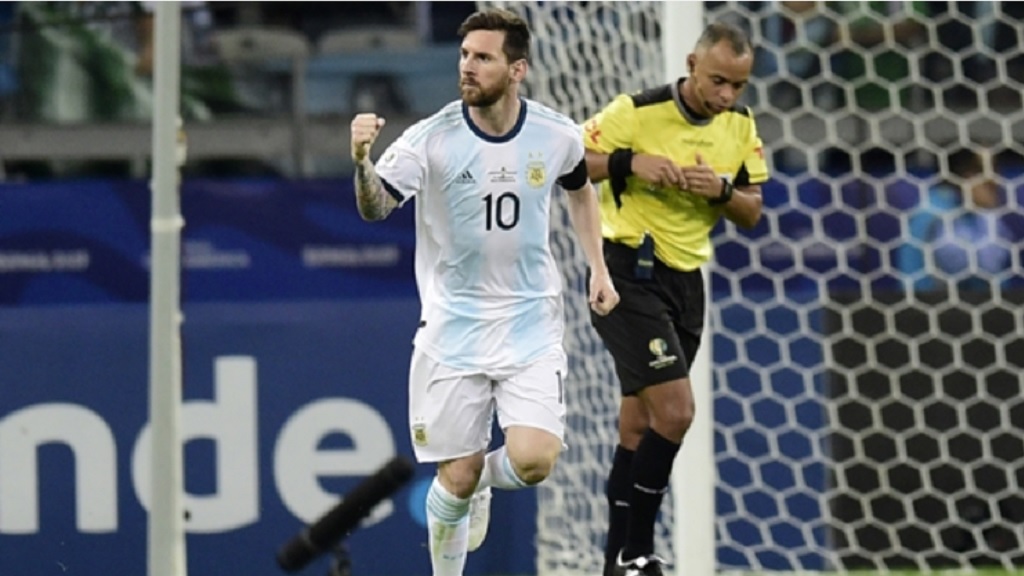 Lionel Messi said Argentina were "convinced" they would beat Qatar in their final group game at the Copa America.

Lionel Scaloni's side is facing a group-stage exit after being held to a 1-1 draw by Paraguay in Group B on Wednesday.

Messi scored a second-half penalty to cancel out Richard Sanchez's goal in Belo Horizonte, while Argentina needed Franco Armani to save a Derlis Gonzalez spot-kick to preserve their first point of the tournament.

Even a win over Qatar on Sunday may not be enough for Argentina, but Messi said there was plenty of confidence in his team.

"I see the team convinced that we will win the next match," he told reporters.

Messi added: "We have to keep looking for the team and improve."

Argentina struggled throughout the first half and fell behind to Sanchez's 37th-minute goal before Messi equalised after a penalty was awarded following a VAR review for handball.

Armani stepped up for Argentina in the 63rd minute, though, diving to his left to push away a Gonzalez penalty.

Messi felt his side earned their point, saying: "The first few minutes we managed the ball well.

"After the goal, we messed up a bit. In the second half, we went with everything and we got the draw."

Argentina are bottom of the group on one point, behind Colombia (six), Paraguay two) and Qatar (one).