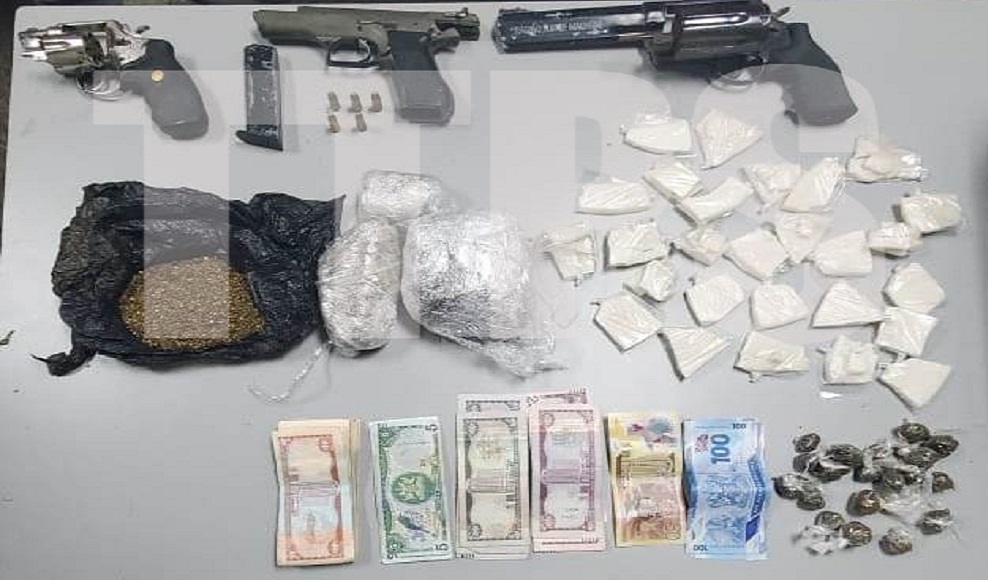 Eleven people have been arrested while three firearms, drugs and ammunition were seized by officers of the Northern Division Task Force on Wednesday.

This occurred during an anti-crime exercise conducted in the Arouca district between 2 pm and midnight.

Officers reportedly acted on information and proceeded to four locations.

The lawmen seized one revolver with two rounds of .38 ammunition; one Jericho 941 Israel Military Industry pistol fitted with one magazine and five rounds of 9mm ammunition, and one Taurus .45 Raging John Magnum Revolver pistol.

The officers also found 27 packets containing cocaine which weighed 575 grams, as well as carcasses of wild meat in a refrigerator.

The 11 were arrested for various offences - possession of an apparatus, possession of cocaine, and being found in a place where dangerous drugs are used.