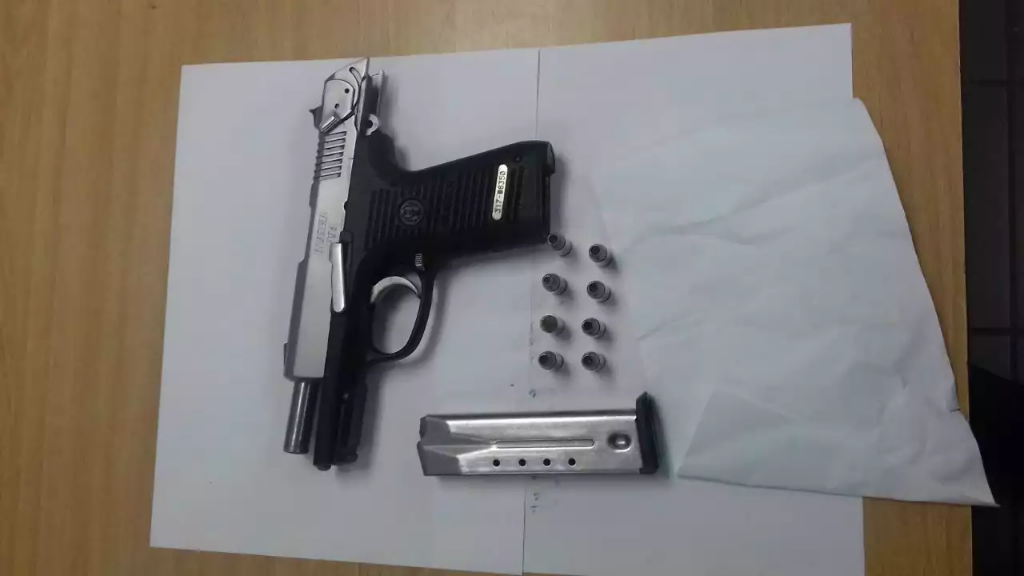 Three men were arrested and a pistol and a quantity of ammunition seized by officers of the Central Division Operation Unit, during an anti-crime exercise, in the Enterprise area, on Monday 2 October.

The exercise which was supervised by ASP (Ag.) Richard Smith, was conducted between 12 pm and 10 pm. During the exercise, officers on mobile patrol along Walcott Lane, Enterprise, had cause to stop and search a Nissan Wingroad vehicle, with three male occupants.

The search resulted in one Ruger pistol, outfitted with a magazine containing eight rounds of 9mm ammunition, being found in the vehicle.