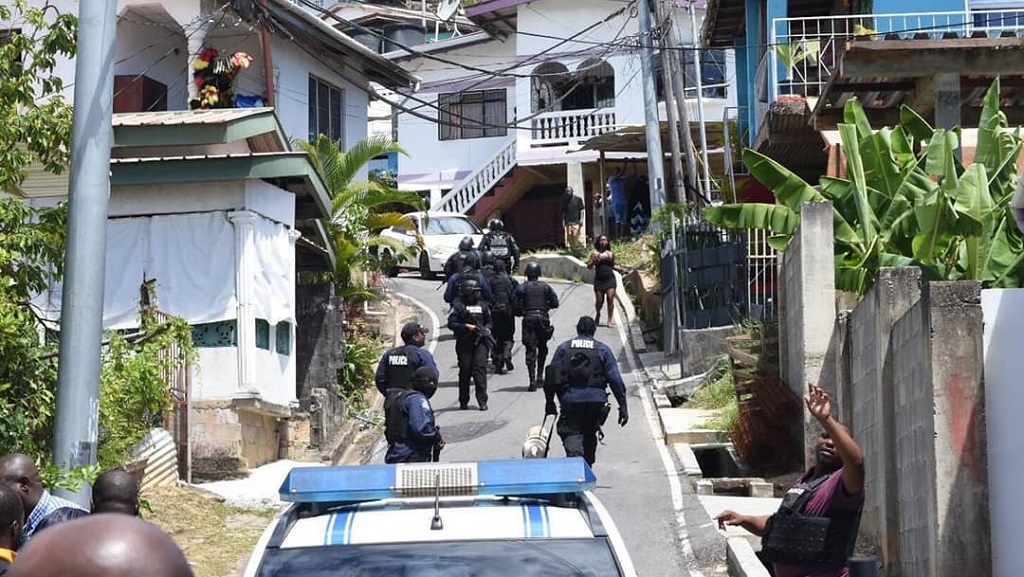 Photo; Police operations led to the detention of several people including an alleged gang leader on February 13, 2019. Police Commissioner Gary Griffith put the TTPS on red alert as they carried out a series of intelligence-led police exercises which will continue in the coming months. Photo courtesy the office of the Police Commissioner.

The police service is continuing a series of intelligence-led operations after three alleged gang leaders were detained early Friday morning.

Three men, who police claim have associations with gangs in the Sea Lots and Beetham communities, are currently in custody.

This comes after a third man alleged to have gang affiliations was held by police on Thursday afternoon.

The men were held in a massive police exercise which took place Friday morning by officers of the Port of Spain Division, under the supervisions of ACP Jayson Forde, ACP Irvin Hackshaw, and Snr Sup Hodge Griffith.

The exercise saw officers swoop down on the communities – with emphasis on homes along Production Drive, Sea Lots, as well as 24th Street, Beetham – from as early as 5:00 am Friday morning.

These exercises are ongoing and will continue in the coming months.

Other persons were held for possession of marijuana, and on inquiries into other crimes recently reported.