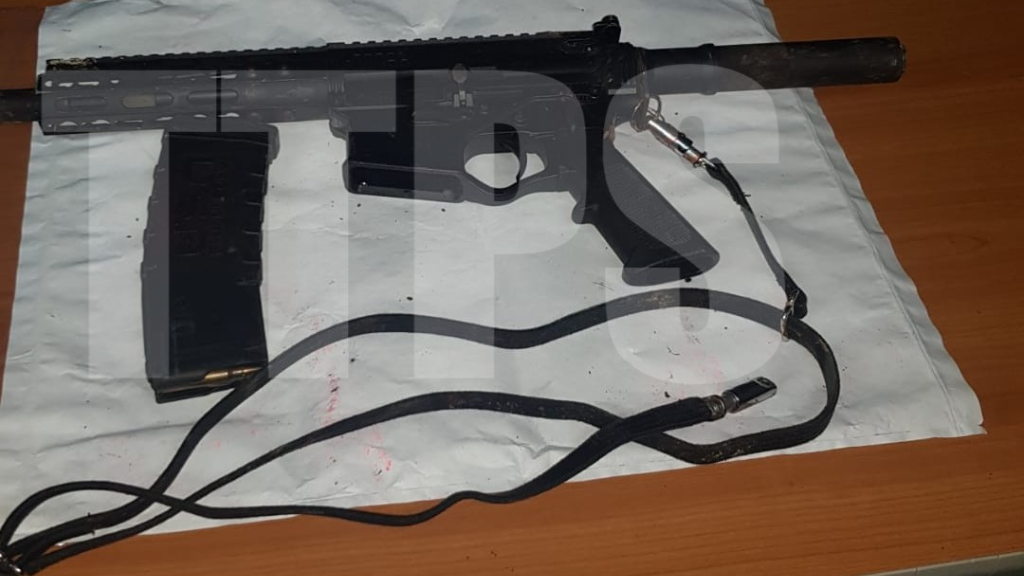 Around 9:50pm last night, officers of the Inter-Agency Task Force (IATF) Strike Team responded to a report of loud explosions at Phase 5, Beetham Gardens, in the vicinity of the All in One Early Childhood Centre.

Upon arrival, officers observed a man armed with what appeared to be a rifle strapped to his waist.

When the officers confronted the suspect, he pointed the firearm at the direction of the officers. Fearful for their lives, the IATF officers exercised the Use of Force Policy and fired at Saroop who was shot a few times. The rifle with the markings “American Tactical’ was immediately seized.

Saroop was taken to hospital, but he succumbed to his injuries.