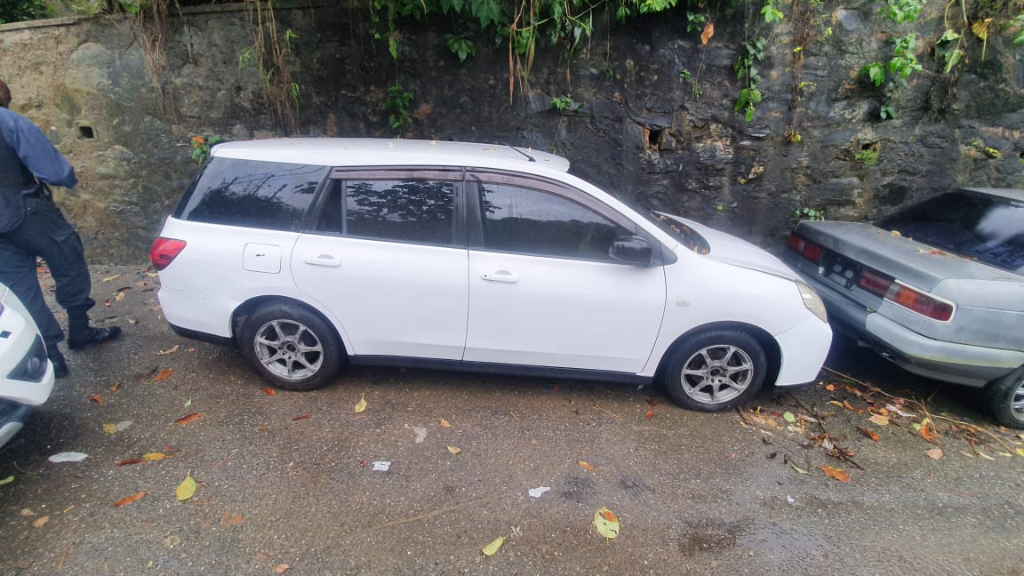 Photo: A vehicle that was stolen last Wednesday in Gasparillo, was recovered Saturday afternoon in Maraval with false number plates. Credit: Loop News.

A vehicle that was stolen last Wednesday in Gasparillo, was recovered Saturday afternoon in Maraval with false number plates.

Loop News was told that around 12:15pm officers of the Western Division Task Force comprising of Corporal Edwards, PC Mc Clean and PC Gilkes, were on mobile patrol in the area when they got intelligence which took them to Back Street.

When the lawmen arrived at the location they observed a white Nissan Wingroad parked along the street.

Two of its rear windows were broken and the ignition appeared to have been tampered with.

Checks were made in the immediate surrounding area, however, no one had useful information leading to any arrests.

The vehicle was subsequently wrecked and taken to the Maraval Police Station.

The engine number was traced, and police realised the vehicle had been stolen just a few days earlier.

The vehicle is expected to be examined for fingerprints.