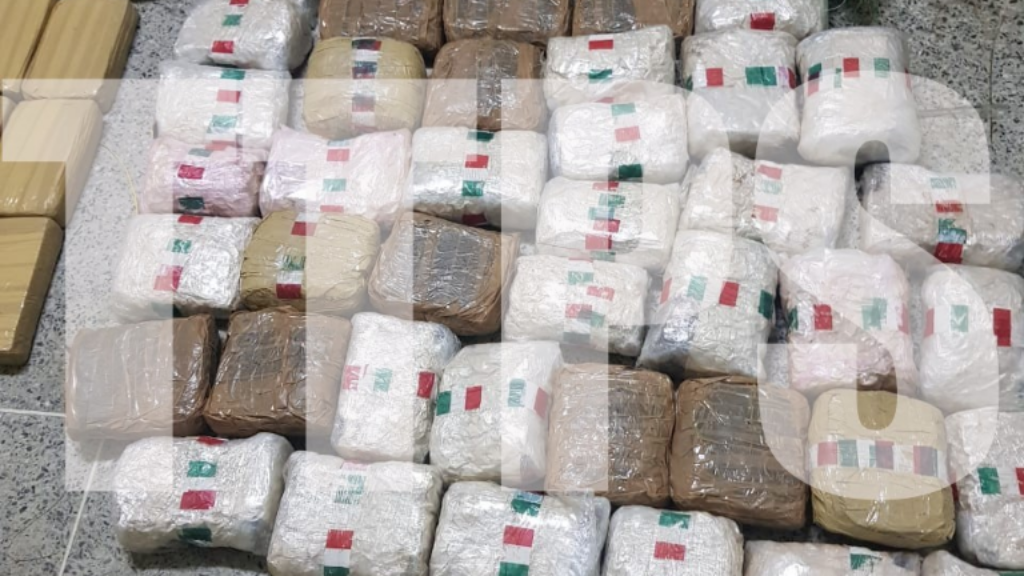 South Western Division officers have seized a quantity of marijuana found in an abandoned van.

The discovery was made on Monday.

According to reports, PC Loubon, PC Durity, PC Bowen and PC Periera all of the South Western Division Task Force, were on a roadblock duty along Southern Central Road, Point Fortin when they received information of a white Hyundai H-100 one-tonne pickup transporting illegal narcotics.

The officers spotted a vehicle matching the description provided heading in their direction.

On seeing the officers, the driver turned the vehicle around and sped off in the opposite direction.

PC Periera with the assistance of the other officers gave chase and a short distance away discovered the vehicle abandoned near Salazar Trace.

PC Periera searched the tray of the vehicle and discovered seven crocus bags covered with a blue tarpaulin containing 183 brown coloured packets of marijuana weighing a total of 145kgs. The drug has a street value of TT$1,450,000.

The marijuana was taken to the Cap De Ville Police Post.

Two charged for marijuana trafficking in Operation Strike Back

Man held for 100 grams of weed in market bag