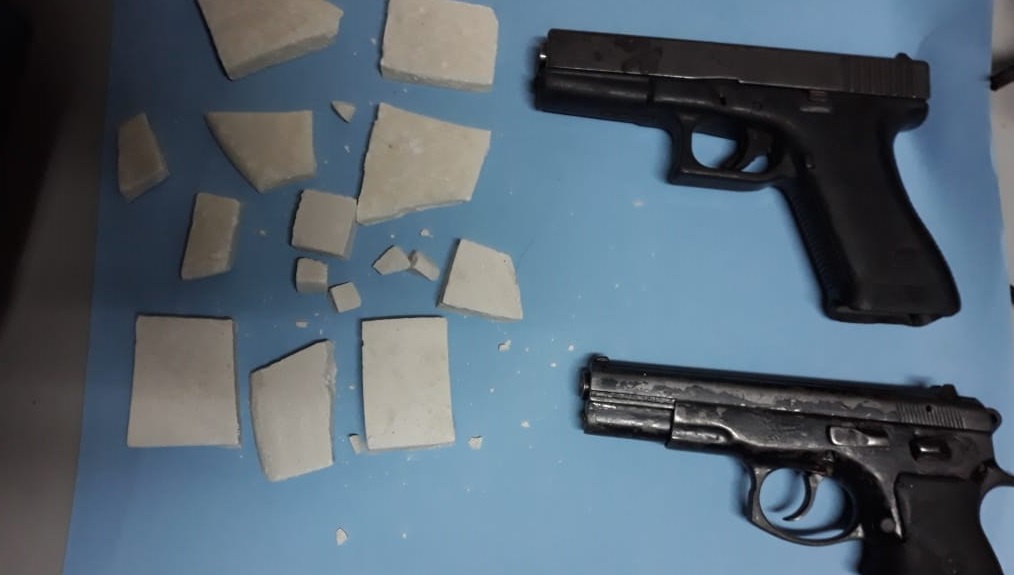 Police said they seized two firearms and 200 grammes of cocaine during an exercise in Freeport on Wednesday night.

According to police reports, no arrests were made in connection with the find, however, police said that the illegal items were discovered “near a known drug dealer’s home”, which would influence the direction of the investigation.

The find was made by officers of the Central Division supervised by Snr Sup Hunte, Sup Mystar, ASP Smith, and Sgt Ali.

It included assistance from officers from the Major Crimes Unit and the Chaguanas CID.

The officers received intelligence which took them into the community, where a search was conducted,