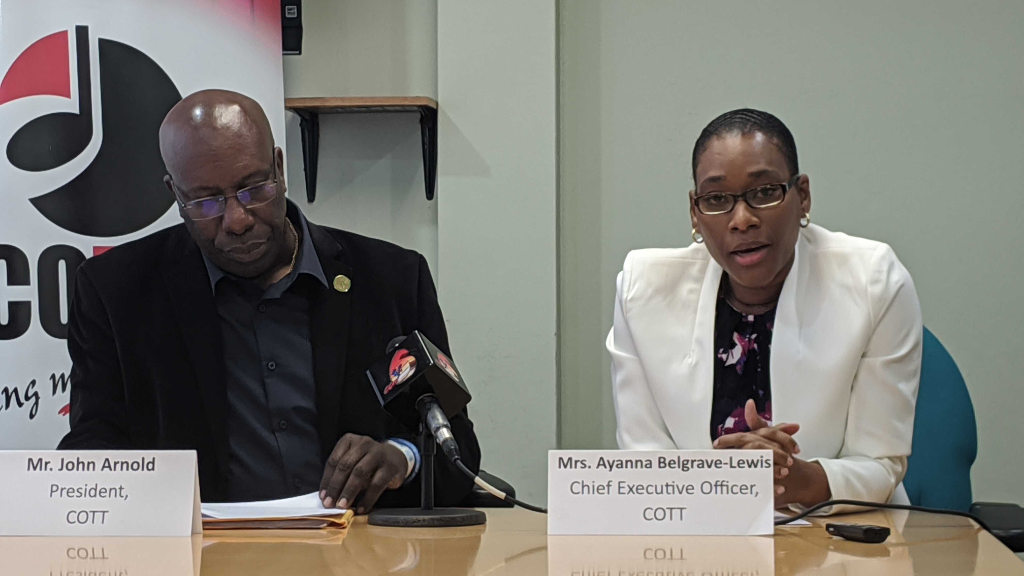 COTT oversees royalty payments to performers and composers who have their music featured in events, fetes, radio and through other media.

They say despite being the longest running and most prominent copyright institution in the country, creatives and promoters are still finding themselves in hot water.

A license from COTT is mandatory for holding any event that requires a live performance or a DJ once music by a COTT member is to be played. However, other copyright organisations like Awesome Copyright and the Trinidad and Tobago Copyright Collection Organisation have also influenced promoters to utilise their licences for the sake of saving money.

There’s also been longstanding uncertainty between performers and promoters with regard to which copyright body artistes should register with and which body promoters should be licensed with.

Earlier this year, COTT met with the Trinidad and Tobago Promoters Association (TTPA) where they discussed having better rates for licenses and implementing clear guidelines for all three copyright bodies.

Since then, the impasse has caused confusion among the bodies, which prompted the TTPA to file a legal letter to COTT and the other copyright bodies requesting clarity on their mandates.

President of COTT, John Arnold says he has no issue disclosing anything.

He also said there’s no warfare with the TTCO, it’s simply a matter of having regulations cleared up.

Arnold says it’s not a matter of choosing one license over the others since COTT’s license is mandatory since it covers most of the popular musicians.

“There is no war. We just need to have a regulatory framework. We have written to the IPO (Intellectual Property Office) asking them for that,” he continued.

Arnold encouraged promoters and artistes to ensure they understand that they may require multiple licenses to carry on their events as it is not a ‘one or the other’ type of situation.